Ever wondered how to make a Scorpio man hightail it after you? Do you have a Scorpio in your life that you would like to see more of? If you’re willing to take the deep dive into the head of the Scorpio man, then I can help you determine what kind of woman this scorpion will drop everything and chase after.

Scorpios are some of the most enigmatic creatures in the Zodiac. They can be hard characters to warm up to. They often come off as pretty cold, but once you crack their shell you will find a whole cosmos inside.

So maybe you’ve caught a glimpse of the hidden treasure inside a Scorpio man, and now you want more. How do you get the Scorpio man to pursue you? You’ve got to be a certain type of woman to evoke that reaction from this water sign.

These men aren’t for the faint of heart, so read on if you dare!

The Scorpio man is a dark being. No matter how open and accessible he appears to those around him, there are always secrets that lie beneath the surface.

A Scorpio man seeks a woman with at least this much intrigue in her. He lives to discover secrets and if they are the secrets of a beautiful woman, well, then that’s even better.

He desires a woman who has lived a life as full as his, and as a result, she has things that she now holds close to the chest.

A Scorpio wants the type of woman who won’t let others see her whole hand at first. She knows exactly what information she is giving out about herself and her lips are locked tightly for most people.

A woman who seems like there is a lot more to her than meets the eye will have this scorpion following her every step until he figures out what her number is. 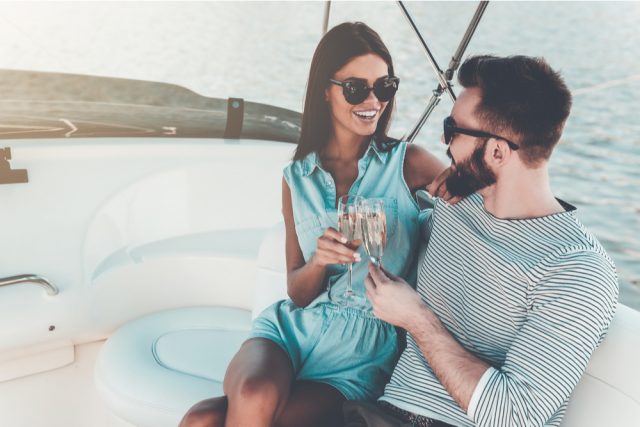 The Scorpio man’s ideal woman is no angel in the bedroom. He wants a woman who is as freaky in the sheets as he is.

The Scorpio man himself has a lot of Christian Grey energy. He likes elements of control in his lovemaking, whether he is the controller or being controlled.

Because of this, he is going to need a woman who is uninhibited. The woman who can look him in the eyes and make him bow down is right up his alley, although he wants to do his fair share of staring down as well.

He may even meet the woman of his dreams in a taboo and hidden area, like a sex dungeon. Scorpios cannot resist places that the rest of society fears to tread into.

His ideal woman is sultry, dark, and sexy just like he is. He’ll follow the woman who can take him places he has never been before… as long as one of those places is her bedroom.

3. She Gives Her Whole Self 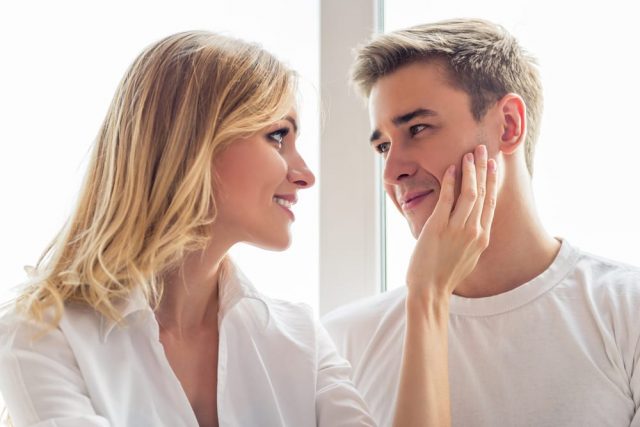 A Scorpio man has a possessive side to him. His sister sign is Taurus, and Taurus is all about “what’s mine is mine.” Taurus typically means this in the context of objects, but Scorpio applies this to people.

Scorpio desires to have his woman and to hold his woman, ‘til death do they part. And like I mentioned before, part of this is knowing what her secrets are.

A Scorpio loves to feel like the exception to the rule with people. If there is something that you haven’t told a soul in the world, you can bet that Scorpio is going to want to be the first person you dish to.

He wants to know that he is the only one that you feel comfortable fully expressing yourself to. He wants in on all of your darkest memories. Scorpios just cannot help themselves; they desire to know the places that you have been.

The good news is, that not only will the Scorpio never tell your secrets, he will never hold them against you… unless of course, he is given an extremely good reason to.

It’s important to let the secrets come out little by little so that the mystique isn’t broken. He will chase forever the woman that he doesn’t know everything about.

The Scorpio man cannot be inauthentic to himself. He can lie to others if he needs to, though he loathes misrepresenting the facts. He cannot, however, act like he is unbothered when he is hurt.

As a result, he is attracted to a woman who feels her emotions fully. He wants any woman that he is interested in to be authentic about her emotions with herself and with him.

When the woman is hurt, she can feel comfortable fully expressing that hurt. It’s nearly impossible to surprise a Scorpio. Even the more unsavory expressions like throwing things or punching walls would go relatively unjudged by a Scorpio.

The other aspect is, Scorpios love all intense emotion. This means that they will find your happy tears endearing and that he will think you’re cute when you’re jumping for joy.

Real, true, authentic expression of hard to handle emotions is like a hard drug to a Scorpio. Show your true feelings, no matter how unsavory, to him, and he will realize that you’re the kind of person he’d like to keep around.

Read next: 7 Things You Need to Know If You’re Falling for a Scorpio Man (The Good, the Bad and the Ugly!)

A Scorpio man is too shrewd to fall for childish tricks and lies. He could never be seen with a naïve woman.

Scorpios know a hard truth about life: everyone has an agenda. Scorpios take advantage of this fact to give themselves a leg up in life.

Scorpio men do not mind a woman who is just as smart as they are. They appreciate an intelligent woman.

In fact, having a good rapport with a Scorpio man can lead to sexy mind games where both parties know what the other is up to but they choose to keep playing the game just because it’s fun.

This is the best kind of chemistry to have with a Scorpio since he certainly has his own schemes. So, do not be afraid to work with this knowledge too.

After all, Scorpio rules psychology and they are not afraid of head games, so don’t you be either.

Did you get the Scorpio you were after to pursue you? I’m waiting on the edge of my seat for you to tell me all about your experience in the comments section below!

If you’re looking into how to hook a Scorpio man, then take my quiz to see if it will last!