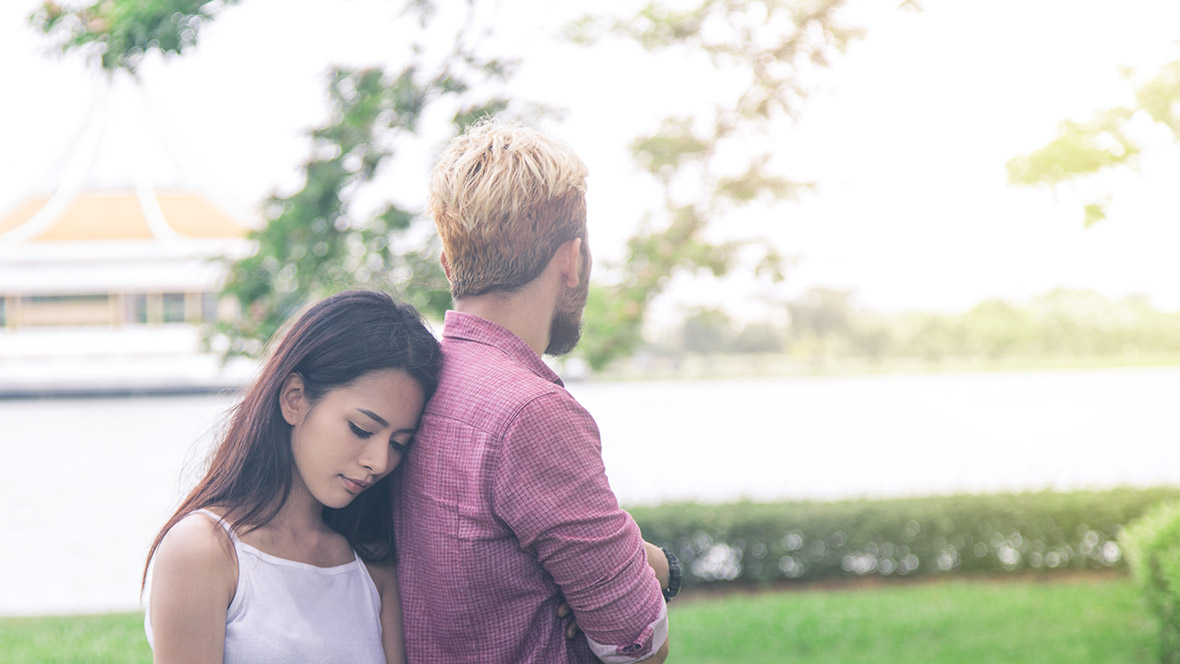 Are you getting the Scorpio silent treatment? Did you make him angry or hurt his feelings and now he’s pulling away from you?

There are things you can do when a Scorpio man is mad at you. Keep reading to find out some really important information that just may save your relationship with your brooding Scorpio guy.

You know you’ve really stepped into it when your Scorpio man starts ignoring you. Either you’ve hurt him or done something that pissed him off. You may not even know what you did.

If a Scorpio man ignores you, he tends to close himself off when he’s upset until he feels he can talk about it. That means that you’ll have to wait for him to come out of his shell and discuss it with you.

If it’s really bad, he may even leave for a while to get his head together. If you try to push him to talk to you; it will only make things worse. So if you can visibly tell he’s angry or upset with you via silent treatment, leave him be.

If your Scorpio man starts ignoring you for some reason, you can ask him once if there is something you can do. After you do, if he still is reluctant then let him have time to himself so he can work it out. He’s not going to open up to you until he feels he can. 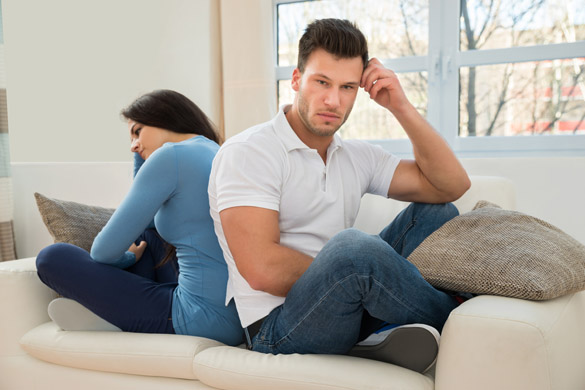 Sometimes the Scorpio man is just in a nasty mood. When this happens, it has nothing to do with you though he could lash out. You can feel the energy coming off him when he walks in.

If you feel this vibe, it’s best to just back off and leave him alone. He’ll talk to you when he’s calmed down and ready to. Otherwise, if you try to get him to talk about it, he may blow up.

Where it wasn’t about you before, he’ll make it about you. So when he’s in one of these moods, back off and let him deal with his own issues. You can let him know you’re there when he’s ready to talk but then let him have quiet time.

Of course if the Scorpio man silent treatment is painfully obvious, you’ll need to know exactly what to do. You can’t just dive in and question him.

This is a signature move from the Scorpio guy that shows you he’s upset with you in particular. So what do you do when this happens? The next section will help explain.

When it’s You, Apologize

When a Scorpio man is mad at you, he starts to ignore you then you definitively know that it was you that upset him. The best thing you can do is apologize and then let him have time and space to figure out whatever he needs to.

Scorpio men tend to hold grudges so it may be awhile before he’s able to completely forgive you depending on how bad it really was. He may not break it off but he’ll forever remember what happened.

He will resent it though if you know it was your fault and you don’t apologize. So whether he will remain upset with you or not; it’s best you admit your fault in whatever happened.

If you know it was your fault and you deny it, that will only further make him angry or hurt which will go against you and could cause him to call it quits. Be very careful!

How To Apologize To A Scorpio Man

This is a matter of delicacy for sure. You cannot just say “I’m sorry” and think that’s going to do the trick. You have to actually tell him the reason why you are sorry and that you’ll never do it again.

He is going to want full detail as to why you know you were in the wrong and how you plan to make it better. You can also tell him how you will make it up to him.

In this process, you need to mention that you didn’t take his feelings into account and that was wrong. Tell him that in the future, you will think of him before you say something or do something you’ll regret.

As long as he’s sure that you learned from your mistake and that you are actually really sorry about it, he may be very likely to forgive you. That is if you didn’t do something really awful.

Apologizing to your Scorpio guy is essential otherwise he’s going to feel you don’t care and that he should just let you go. Prove to him you are there for him for the long haul.

When Scorpio Man is Angry and Leaves

Whatever you do, do not chase after him. If you do, things will escalate and you will not like the results. He isn’t ready to hear anything you have to say and will just get angrier.

He needs time to cool off, think things over, and figure out what he wants to do about what happened. An apology won’t likely be heard in the heat of the moment. So while you should apologize, wait until things calm down.

Anything you say to him while he’s in a state of anger or great hurt, he will ignore it or feel you’re only telling him what he wants to hear. He will use it against you and send you away.

If he goes for that door or takes off in his car, let him go. He will return to you when he’s had some time to cool off and process everything that happened. He will likely want to ask you questions.

Until he gets to this point though, you’re going to have to remain patient and understand that he needs some time to himself. It’s much easier to talk to him when he’s regained his calm demeanor.

To Avoid Him Being Spiteful

This guy is known for lashing out when he’s pissed off. This is yet another reason that you should just let him have space and time to sort things out when you know he’s upset.

If you do not, he will lash out at you and be rather hurtful. If you’ve hurt him in the past, he’ll bring that back up and throw it in your face. It’s best to avoid this altogether by just giving him some time.

When you are at his place, you should be the one to tell him that you’re going to give him some time and leave. Let him have alone time to process everything he has on his mind.

Whatever you do, don’t poke the hungry bear. Get out and spend some time on your own to allow him to figure out what happened and what he feels about it aside from blind anger.

It’s safer and healthier for you both to have some quiet time after a big blowout. Anger is never good for anyone neither is hurt. Scorpio is one of those signs that is hot tempered as well.

Conclusion to When a Scorpio Man Is Mad At You

Your Scorpio man has to have space and time in order to fully work through whatever it was that happened. When the time is right; you can go to him and apologize so that you can proceed to work things out.

If he’s ignoring your texts or phone calls; just give him some time. I know it’s hard but he feels deeply and it will take him a bit to figure it all out.

The Scorpio man silent treatment is no joke ladies! Just make sure you don’t do something that’s so bad that he cannot get past it or forgive you.

Be gentle with him and don’t forget to be gentle with yourself as well. It’s important to watch how you talk to each other. That makes for a better lasting relationship.

Temper or not, did you know that the personable and sexy famous TV chef, Gordon Ramsey is actually a Scorpio? It would be fun to cook something special up with him in the kitchen wouldn’t it?!

Now that you know what to do when a Scorpio man starts ignoring you, click here to learn other tricks about him.

What do you do when a Scorpio man starts ignoring you? Tell me all about it!

How to Attract a Scorpio Man in September 2020

How to Attract a Scorpio Man in August 2020

7 Perfect Gifts to Give Your Scorpio Man