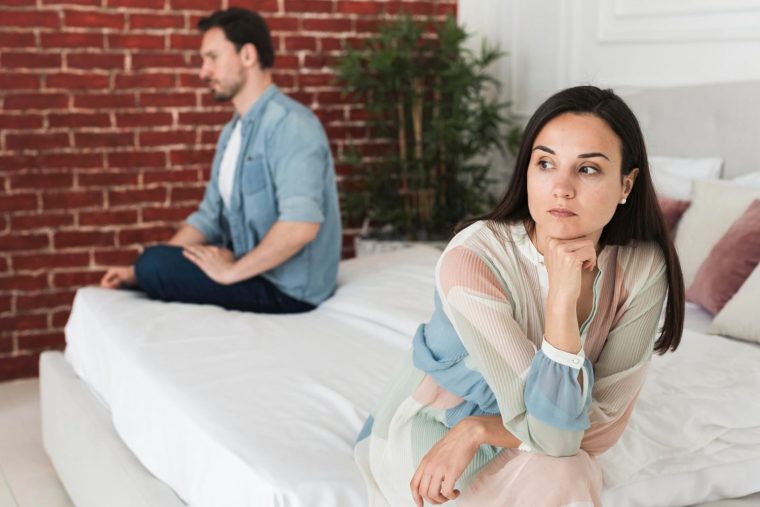 Why does the Scorpio man go cold and start to pull back? What are the signs that he’s bailing out on you? Has his love faded? What can you do to get him to stay with you and make your relationship stronger?

Thankfully, I’ve got some answers that just may help you. Keep on reading and you’ll find out five reasons why the Scorpio man pulls away. You’ll also learn what you can do about it!

Signs That The Scorpio Man Is Pulling Back

Before you start taking action, you need to make sure he’s actually pulling back, and isn’t just busy or tied up with other things going on in his life. Here are some helpful signs to look for if he’s gone quiet.

First, he’ll stop texting or will lack response to your texts. He won’t call or answer your calls. He most likely will seem like a dead fish, really. If he does respond, he will keep it very short and lacking substance.

If he does come around you, he could be rather icy. He won’t want to be affectionate like he normally would, and may space out on his phone or ignore you while watching a move.

If you two go out with friends, he’ll talk to them plenty, but not to you. It’s the perfect environment for him to have fun, but also to show you that he’s displeased with what you’ve done.

Of course, if he’s not into you anymore then he probably won’t want to get together. Every time you bring up that you would like to go out and do something, it’s likely that he’ll come up with excuses as to why he cannot do this.

If you are living together, he could ice you out at home. He’ll look for reasons to not be home, or he may just flat out ignore you. He’s showing you that he’s done, and you can expect him to probably plan to out or will ask you to.

Why The Scorpio Man Pulls Away

Below are some of the reasons he may have gone quiet, has given you the silent treatment, or has just gotten less enthusiastic in his actions:

1. He’s Testing You To See How You Deal With It 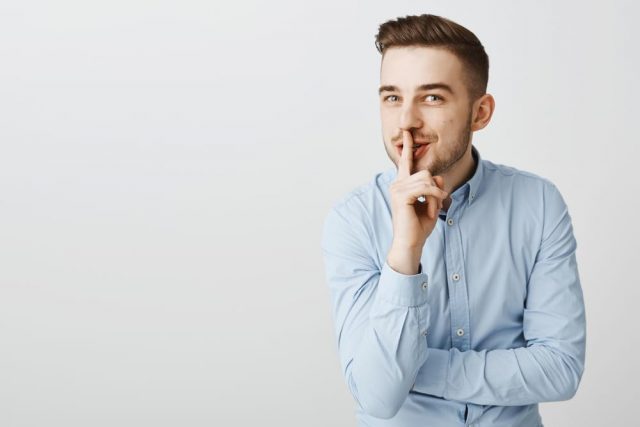 Yep, he’ll sometimes do things like this to see where your loyalty is, if you have patience and if you’re willing to reach out to him first. Will you get frustrated and run? That’s what he wants to know.

Scorpio men love to test you and see what you’re made of when they really like you. He wants to be totally sure that you’ll be there for him when the hard times come. Knowing you’re solid as a rock will provide him comfort that he can rely on you.

The Scorpio man is good at creating personal boundaries, so if you happen to break one of these, he may pull back to think things over and try to figure out if you’re who he really wants.

Perhaps he lives alone and you just show up on the fly. He hates that! He wants you to call or text him first. It’s not that he’s doing anything he doesn’t want you to know about, he just believes in healthy boundaries.

Also doing things like picking up his phone to check it out or digging through his stuff in his car or home will tick him off. He (likely) isn’t hiding anything, so just ask him before you rifle through his stuff.

3. He May Be Losing Interest In You 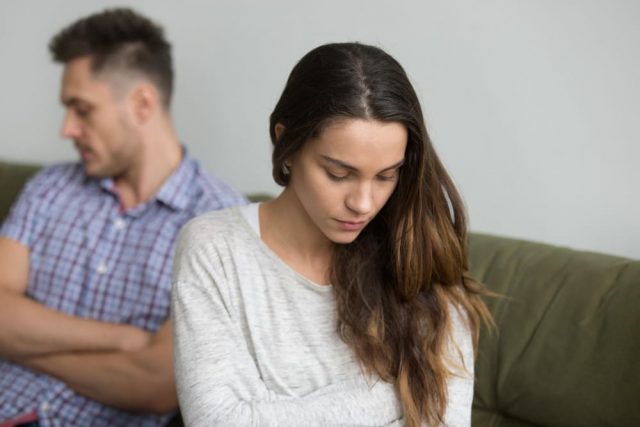 Naturally, a Scorpio man will start to clam up and shut down if he’s losing interest in you. If he finds something in you that doesn’t sit well with him then again, he will pull back and think it over or he’ll close the door.

This will be when he just isn’t responding to you anymore at all. He stops texting and calling, and he also doesn’t answer if you try to reach him. He wants nothing more to do with it and could potentially ghost you.

He loses interest when he thinks that you’re not exciting anymore, or if he sees qualities in you that just really don’t match with what he wants in a lifelong partner. It can really be anything – he’s very picky.

4. There’s Too Much Going On

When a Scorpio man has too much going on, he will have problems trying to juggle everything. If he has extra work or he took a new position that requires a lot of him, he will pull back. This applies to family issues he may have as well.

He has a tendency to take on too much sometimes, and he doesn’t know how to balance very well. A Scorpio man can also have a tendency to be a workaholic, trying to further his career.

When your Scorpio guy becomes too immersed in other things outside of your relationship, he’ll almost definitely get frustrated and overwhelmed. That makes him withdraw a bit. When he can talk to you about it, he most likely will, so don’t panic.

This one should seem more noticeable to you if you two had an argument or disagreed. He may feel disturbed, which will force him take a pause and see if he wants to go further.

You can tell if he’s upset with you for those types of things because you’ll notice the change in his eyes and facial expressions when you’re talking to him. That being said, give him some space and a little time to cool off.

What Can You Do To Pull Your Scorpio Man Back? 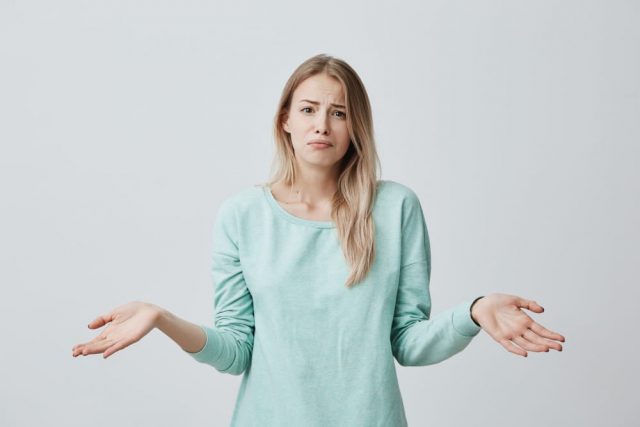 Now that you know what causes your Scorpio guy to do this and how he acts when he does pull back, you need to know what you can do to make it so that he doesn’t say goodbye and walk away.

If he’s breaking it off slowly then there may not be a whole lot you can do, because he’s already decided that it’s not working for him. That’s applicable for whether it’s you, or it’s him.

With the other things I mentioned you really have to have patience, love, loyalty, and give him time or space to work himself out. If you can tell he’s upset with you, tell him that you care and if he needs to talk to reach out.

Then you give him the space for a bit. Wait a week or so then you can reach out to him and ask him how he’s doing. That will show you’re not done with him and you’re still his.

When he’s overwhelmed with his life, it’s the same deal. He’ll get back to you when the insane becomes saner. It won’t be forever. Don’t push him though because if you do, he may end it and tell you he cannot do a relationship.

You have to be very careful with this sensitive scorpion. He isn’t able to handle too much, so if you make yourself scarce while he figures out his other stuff, he’ll gladly come back to you and will probably miss you!

The Scorpio man wants security in his love and relationships. You will have to prove to him that you are indeed there for him. If he’s playing head games, play along and give him the information he wants.

Do exactly what he wants you to do (within reason). If he doesn’t reach out to see what happens then reach out to him and tell him you’re thinking of him and ask him how he’s doing. He loves having a support system. You can do this!

It’s actually not as difficult as it may seem to do the right thing when your Scorpio guy doesn’t know what he wants to do. You now have the right tools to make sure your Scorpio man doesn’t walk away.

With all the other things I’ve discussed here with you can be worked on and salvaged. Do what needs to be done, and you just may get what you want with your Scorpio guy.

Speaking of want, did you know that the much-wanted gorgeous comedian and super actor and writer, Ryan Reynolds is a Scorpio? Sure, makes sense with how dead (Deadpool) sexy he is… yum!

Have you figured out why your Scorpio man got quiet and pulled back from you? What did you do to make him come back or stay? I’d love to hear all about it.

And if you want to learn a little more about the mysterious and moody Scorpio man, check out my book, Scorpio Man Secrets. You can find it here.