What a Scorpio Man Does To Show You He Loves You

What are the key things that a Scorpio man does to show you that he’s in love with you? You may be asking yourself “why is my Scorpio man shy around me?”

I can help you discover how Scorpio man expresses his love. He will go above and beyond to make sure you know how he feels. Keep reading to learn more about what the Scorpio man reveals when he cares.

Not all Scorpio men react the same way when they are in love. Some of them will hold back and will just try to show his partner how he feels without too much talking behind it.

Some Scorpio men have troubles expressing how they feel and can come off as being somewhat awkward, shy, reserved, or cold. He may also be very shy or reserved; therefore, he holds back what he feels until he cannot anymore.

Then there are Scorpio men who fall really hard for a woman and will profess his undying love to her. He will give her lovely gifts, he will tell her verbally he loves her, and he will start planning a future with her in it.

When a Scorpio man loves you, you are beautiful woman by his side is HIS. He is the selfish and jealous type; therefore, he wants to be really clear with the rest of the world that he is in love with HIS woman.

Your Scorpio guy may very well depend on which personality type he tends to have. You’ll need to act accordingly in order to secure this guy’s affections for the long haul.

He is the type to test a potential partner to find out who she is, what she is capable of if he can trust her, and if she’s going to be there for him even when he’s being cold and callous at times.

Patience is definitely required with the Scorpio man. So whether he’s outspoken and doesn’t mind telling the public what is what or he’s the shy type who doesn’t like to really put all his information out there, you’re going to need to tough it out if you want his love.

He Goes Out of His Way

Scorpio men are known to be huge flirts. That means that he can flirt with many women but not be connected or even interested in them. He does it for the sake of the game.

When he starts to fall for you, he falls very deeply and will show you as much. This means he will start to go above and beyond to do whatever he can for you. So it’s definitely something much deeper than flirting.

He wants you to feel happy with him when he’s in love. He’ll do whatever he can to spend time with you. He’ll also want to be with you often. This can make him start developing possessive behavior.

He doesn’t see you as an object but he does see you as “his” and no one should ever be messing with “his” woman. If things have gone past flirting and he is now pressing to spend time with you; he’s likely in love.

Basically, he’s being a stereotypical male when they’re trying to win the affections of their future mate. These are what you’ll see from this guy when he’s falling for you. So, how does Scorpio man show love?

This type of behavior is exactly what he exhibits when he’s falling deeply for the right woman. He figures out he has his Soulmate and he goes for it.

He May Become Shy 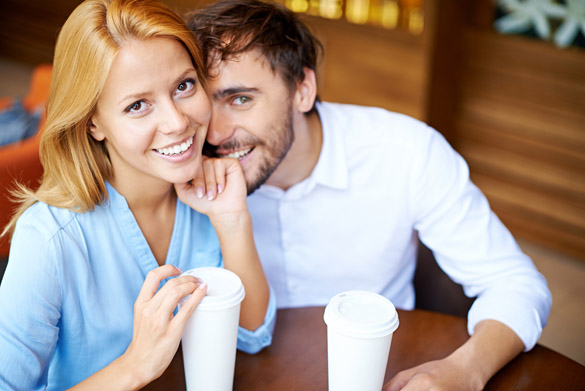 Some Scorpio men who are normally very outgoing will become very shy around the woman they are falling in love with. He’ll still want to spend time with you but he’ll seem quiet or reserved.

He doesn’t mean to be; he’s just a bit nervous and it makes him not know what to say to you. In time he’ll feel secure enough to open up and tell you how he feels but first he may become quiet.

If you happen to notice that the vibrant and social Scorpio guy you’ve been spending time with suddenly wants to spend time alone with you but is a very quiet while with you, he’s probably in love.

He may spend more time staring into your eyes and hoping in some way that you’ll pick up on his vibe and somehow just “know” that he’s really into you. He may be a bit slow to the punch but he’ll tell you how he feels when he feels its right.

This is how your shy Scorpio man will act when he loves you. So when you’re wondering “why is this Scorpio man shy around me?” Now you know!

He May Go For It and Tell You

As I mentioned, he gets into that mode that whatever is “his” is “his”. This means in your case, you are what he covets. He doesn’t want to lose you and so he’ll just go ahead and tell you how he feels.

Don’t let it freak you out, this is actually quite flattering. He’s not going to go crazy and try to dominate you. He just wants you to know that you’re the one he wants and that you belong with him.

You can decide against this of course but why would you? The Scorpio man is romantic and passionate. Though he can be jealous, he can also make you feel safe and loved.

So there is always that possibility that your Scorpio guy may just go ahead and go for it if he’s truly falling for you. If he hasn’t yet, he’s either the shy type or maybe he’s just not there yet.

One thing is for sure, you’ll know without a shadow of a doubt when a Scorpio man loves you due to how he acts and what he says to you.

Even When He Acts Confused

There are times where the Scorpio guy will get into certain moods that will make him seem as though maybe he isn’t that into you. He’ll get really hot and ready to rumble but then become cold as ice.

He’ll text you a whole bunch or call you and then suddenly you don’t hear from him for days. This is normal behavior from him. He’s likely either trying to work out his feelings or he’s dealing with other things.

If or when he wants to tell you what it is that he’s going through, he will go ahead and open up. Love will make any Scorpio open up much more than they will with anyone else.

When he pulls this type of behavior; you’ll need to have patience with him. If he’s still showing signs of love to you, he’s not gone. He’s just going through something that he may not be ready to discuss.

He tends to lock up his feelings or issues because he doesn’t want to burden the woman he loves with his problems. Just hang in there and let him come to you when he’s ready.

He Will Want To Help You 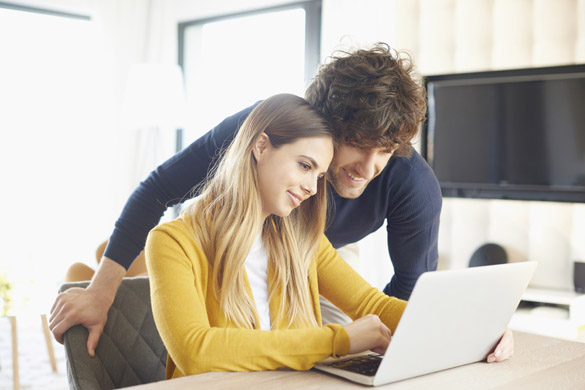 When a Scorpio man loves you, he will want you to succeed at chasing your hopes and dreams. He is, after all, attracted to you because of your ambition in life. If you’re a strong independent woman, he’ll crave you.

Whatever it is you really want to do with your life; he’ll do whatever he can to help you get there. It motivates him to work on his own goals and dreams as well. In fact; he’ll want you to help him at times.

The ultimate scenario for the Scorpio man is to have a woman at his side that will be his partner in life. You are both successful and backing each other and nurturing each other’s dreams.

If you find the Scorpio man in your life offering to help you achieve your goals, he is likely in love with you. He doesn’t help just anyone. He wants to be happy but he also wants to see you happy.

Now this will be more evident to others and doesn’t qualify for low key attitude. The Scorpio man is a jealous and possessive type. So if you two are out together and some guy is eyeballing you, he will do something to prove you are HIS.

He may say something to the guy or he may grab you to kiss you passionately in front of the man to be really clear that you belong to HIM. So this is more of his being loud if he needs to.

This goes for social media as well. He may see something some guy commented on your photo or post that seems a little flirty or questionable. Then he may respond to it in a way that indicates that you are off the market.

He may also private message that guy and tell him he better step off because you’re unavailable for his attention. He probably won’t be very nice about it either to be really honest.

This is the side of him that comes out and can seem “loud” in terms of how he shows his love. He wouldn’t act jealous or possessive if he wasn’t in love with you. That much is very clear.

When the Scorpio man expresses his love, he will likely tell you he loves you. He won’t do it before he’s sure or ready unless he’s immature. Clearly, if he doesn’t know whether it’s lust or love, he probably shouldn’t say anything.

Otherwise, if he knows for sure he’s in love with you then all bets are off. He won’t typically tell you this in public willingly unless you say it first thus making him have to answer.

He’s not loud about his love for you unless he feels threatened or is trying to make a statement otherwise he’s low key and would prefer to keep privacy in place. As I mentioned before, many Scorpio men are on a “need to know” basis.

Hopefully, this will help you determine how to tell if a Scorpio man really loves you. It’s not too hard to figure out if you really watch his behavior.

When Scorpio says I love you, he means it! He’s not one to throw that word around when he isn’t sure of who he is with or if he’s going to stay with that partner.

Do you know what a Scorpio man does to show you he loves you? Click here to learn more about conquering a Scorpio man and other valuable insights.

By the way did you know that sultry actor Leonardo Dicaprio is in fact a Scorpio man? How’s that for hot?!

How to Attract a Scorpio Man in September 2020

How to Attract a Scorpio Man in August 2020

7 Perfect Gifts to Give Your Scorpio Man