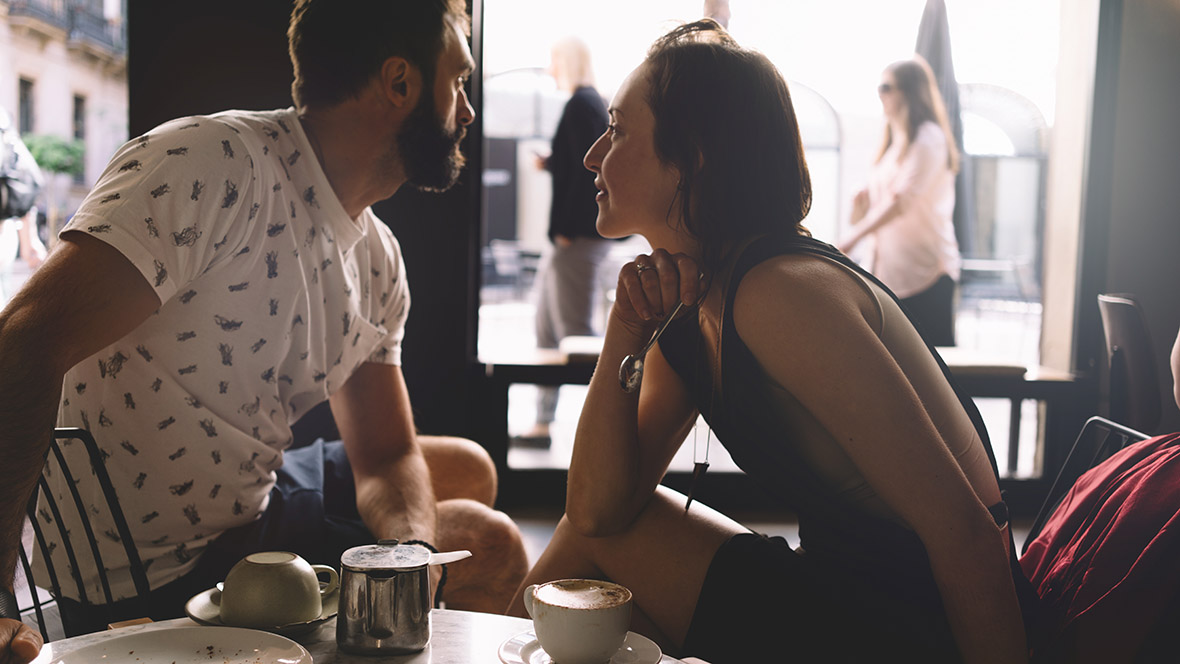 Is Your Scorpio Guy Lying or Telling You the Truth?

Some women that write to me that are dating Scorpio men sometimes have a hard time distinguishing whether their guys are being truthful or not.

Sometimes this can be hard to know. Here are some things you should know that may help you to know if your Scorpio man is lying or telling the truth.

He Looks Away When Talking To You

Scorpio men are typically not really that good at lying. If you learn the language, you’ll be able to catch him. His eyes always reveal what is real and what is not.

Eye contact is the key to most Scorpio men. Him looking at you intently while talking ensures that he is telling you everything he knows and/or feels. It’s an integrity thing.

Looking off to the left, to the right, or looking down when he talks means he isn’t sure about what he’s telling you or is hoping you don’t notice and will believe him. Again, he isn’t good at lying.

If you’re unsure whether or not he’s telling you the truth, look in his eyes. Over the phone doesn’t allow you to do this so in that case, you have to find another method. 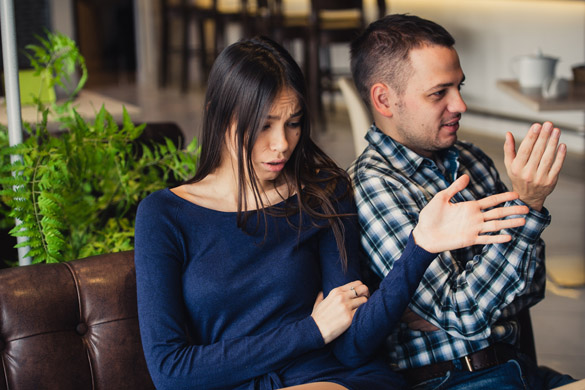 If a Scorpio man is being dishonest with you; he will not want to stay on topic such as when you’re asking him about where he’s been and he gives you some excuse that you KNOW isn’t true.

He will try to change the subject if he doesn’t want to answer your questions. This definitely will make you suspect what it is he’s trying to cover up or hide. This could very well be a red flag for you.

If it’s a topic that is painful then he just may not be ready to open up and talk to you. Consider what it is that you are asking him and you’ll know whether or not he’s just playing avoidance or if it’s something he’s uncomfortable with.

Since the Scorpio man isn’t good at telling lies; he will inevitably become visibly disturbed when you ask him a question. He will squirm, look everywhere but at you, and look completely uneasy.

If he’s doing this there is something he’s keeping from you. If on the phone, he’ll go silent as well as the aforementioned, changing subjects quickly. He may act like he didn’t hear you and say “what did you say?”

His inability to be an effective liar will make him look silly when he’s trying to pull off something he knows he cannot. On some level, he knows what he’s doing or saying is wrong and he’s already feeling guilty.

Whatever he can do to take the heat off of himself will be what he resorts to in order to preserve his own story, will be what he attempts to do, even if he’s horrible at doing it.

All In All, Watch How He Acts

Just as with other things involving the Scorpio man, you need to observe his behavior as it will tell you everything you need to know. Even if he’s on the phone rather than in person; you can hear in his voice what he means.

His pauses silence or changing of topics will indicate his being uncomfortable with the topic at hand or is trying to avoid talking about something. If there are any ticks like a shaky voice could also indicate him not being truthful.

There are always ways to read this guy. It’s up to you to figure out what he’s doing and if he’s telling you the truth or not. The signs are there for you but you’ll have to make yourself aware to pay attention.

Do not ignore red flags. So many women get the red flags but write into me to ask for clarity. I point out to them that what they just told me already reveals the answers.

If it helps, you can write it out in a letter to yourself then look back over it later on. You’ll see that you already know the truth. The best thing to do is to trust your intuition.

They really are terrible at it so it’s funny when they actually TRY. This is one of the easiest guys to read due to their reactions and bodily responses. I don’t know why they bother but there are some that will test their ability.

These are the ones that you’ll catch in a lie quite easily if you bother to pay attention to the signs. The red flags are a giveaway and you should go ahead and do what you need to do.

You know you don’t deserve to be lied to so lay down the law! Trust your gut and always keep an eye on how he acts when you ask him questions. The minute you realize he’s trying to pull one over; nip it in the bud.

The good news is; once you catch him in smaller lies, he’s going to realize that you’re not one he can pull one over on and will likely not lie to you again.

If you’ve had your Scorpio man lying or telling the truth, doesn’t matter, and you’d like to learn more about this mercurial man, click here.

I hope this helps you figure out whether or not your Scorpio guy is being straight up with you or is attempting to pull one over on you.

One thought on “Is Your Scorpio Guy Lying or Telling You the Truth?”