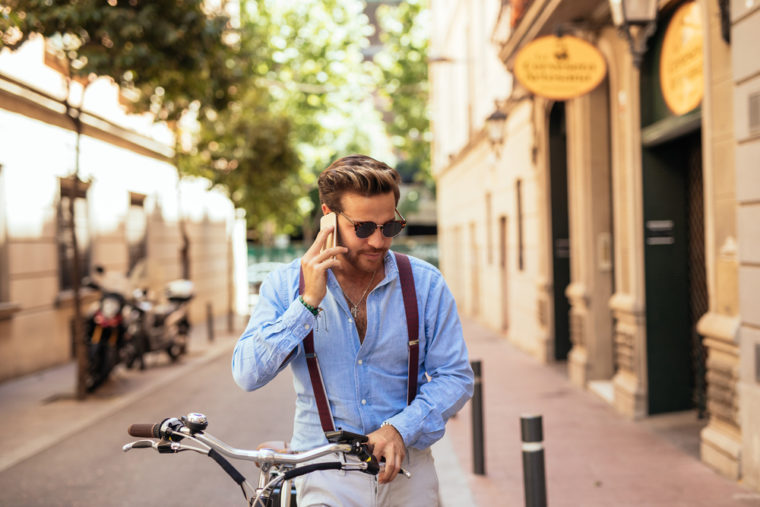 Scorpio Man Loves to Be Alone Too Much: What Does That Mean?

Is it normal for the Scorpio man to be alone so often? Is your Scorpio man demanding time apart from you that seems to be a bit too much? Why is he like this?

The Scorpio man loves to be alone, let’s see how true that is.

Typically a Scorpio man loves to be alone when he’s either unattached, not in a relationship, or is not in love. What does that mean if you’re dating one? Well, this could go a number of ways.

The Scorpio man if single will spend time doing his own thing and enjoy doing so. He’s not really the type to want to be alone in mass quantities of time, however. He likes being around other people who he enjoys time with.

If he’s dating someone and seems to keep insisting on lots of time to himself, there may actually be a problem. He may be unsure whether or not he wants to date you or he may have discovered something about you that he doesn’t like.

There is a chance that he really likes you but wants to test you and see how you handle him not being around as often as you’d like him to be. It’s really hard to tell what is going on with the Scorpio man when he pulls a disappearing act.

What I can tell you is that Scorpio men are not all that into alone time. They will do it and they can appreciate it sometimes but not as often as one would think. If he’s insisting on lots of time apart, he’s got things going on in his mind.

He’s testing you or he’s trying to figure out if you’re even someone he wants to be with. In some cases, he may actually be done with you and hasn’t gotten around to telling you yet. He figures ghosting you will make you want to break it off with him.

Some may be due to their life circumstances. If they’ve been badly burned by a relationship in the past, this may cause them to sort of do the hermit thing in order to figure out who he is and figure out if he even wants another love.

They are not naturally loners per se. They are independent but I wouldn’t go so far as to say they are the loner type of personality. Again, if he has had some trauma in the past, he may just be trying to work past it and heal.

Then again some have been so jaded that they’d rather be alone than be around other people. This isn’t most Scorpio men, however. Scorpio man wants to find his soul mate and therefore he interacts socially enough to find someone.

When he finds someone special that he wants to see if there is love between them for the future, he’ll spend a whole lot of time with her to get to know her and see if she’s “the one”.

There are also the Scorpio men who are intensely gifted with psychic ability and are just able to read other people’s intention. This may make him seem like he wants to be alone when really if he picks up on bad vibes, he’ll get out of dodge.

It may make him appear as though he’s someone who likes to spend lots of time alone when the reality is, he reads people easily and so he is picky who he will spend his time with. He is one that will trust his intuition much of the time.

Busy Guy Appears As A Recluse

If the Scorpio man is dedicated to his career or education, he may spend a whole lot of time alone working on this. It’s not that he wants to be alone but he’s placing his priorities in a way that romance and social time is on the back burner.

This is also what can cause him to seem cold or reserved. It’s not in his nature to really be this way but he prioritizes what comes first in his life and everything else takes the back seat.

This often makes it seem as though he’s a reclusive type of personality. He isn’t… he’s just busy. Also if he’s working on getting his life situation worked out, he will tune other people out.

He knows that his work has to come within instead of getting involved with others and coming off as confused. He’d rather get himself together and then when he feels ready, he’ll then start to be more social.

When he’s busy and he tells you he is, believe him. He likely isn’t making it up. He’s prioritizing and you’ll have to decide if you can wait him out until he’s more where he wants to be or if you’d rather move on and meet someone else who is ready.

I mentioned before that the Scorpio man is quite picky when it comes to dating and spending time with others. He’s also picky who he chooses as friends to spend time with.

Sometimes it’s hard for him to be social because he just doesn’t like very many people or the people he cares for are busy. This puts him in the predicament as seeming as though he just wants to spend time alone.

It’s not really true though. He will spend time with people he likes and especially a woman he’s really into or in love with. For him, finding the right people is VERY important for his life and for his future.

He’s not going to let just anyone into his world. If that means spending time quietly at home versus being around a bunch of fake people, he’ll do just that. When he meets really interesting people however, he will go out and have a great time.

The same is true if he meets a woman who becomes very special to him. He will make time for her, to get to know her and to begin falling in love with her.

Click here to learn more about the Scorpio man’s habits and more ‘dirt’ on this gorgeous man.

Scorpio man loves to be alone, what do you think? Is this true?