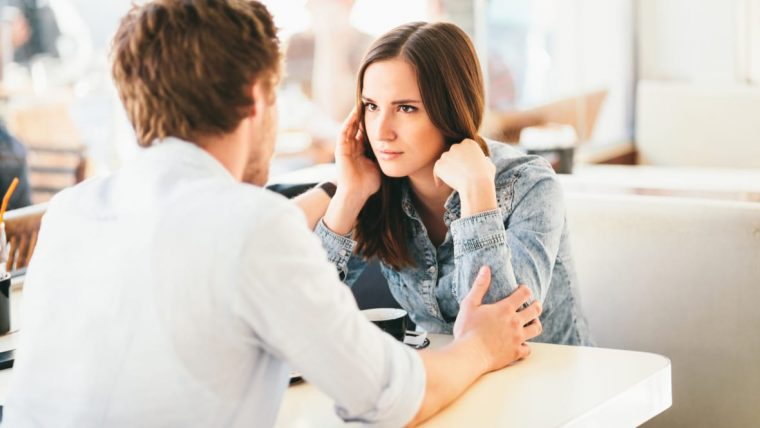 Are there signs that can tell you if a Scorpio man is really interested in you – or if he’s just playing you? Of courses there are – and with this being the most mysterious sign of the Zodiac, it’s really hard to read him and his signals. That’s why I’m here to help you figure it out!

Everyone knows that the Scorpio man keeps his secrets close. He’s a tough nut to crack, and almost impossible to figure out! How do you know if he’s really the into you or if he’s just looking for a good time?

The truth is, most Scorpio men aren’t looking for a causal relationship. Being a fixed water sign means that this is a guy who really wants to commit and have someone around long-term. It’s often really just a phase if he’s playing the field, and hopefully you aren’t the one caught in his games!

Here’s how to tell if a Scorpio guy is playing you and not infested in a serious relationship:

1. He Still Seems Obsessed With His Ex

If your Scorpio man is clearly still obsessed with his ex – checking her social media, communicating with her often via text or has her things around his house still – it may be a very good sign that he’s not interned in a serious relationship.

In other words, he could be on the rebound which makes you someone he could be playing, unfortunately. There could be a chance that things work out between you in the future, but for now, it’s probably best to step away and give him space until he can handle a real relationship again.

2. He Won’t Tell You Where He Goes Or What He Does 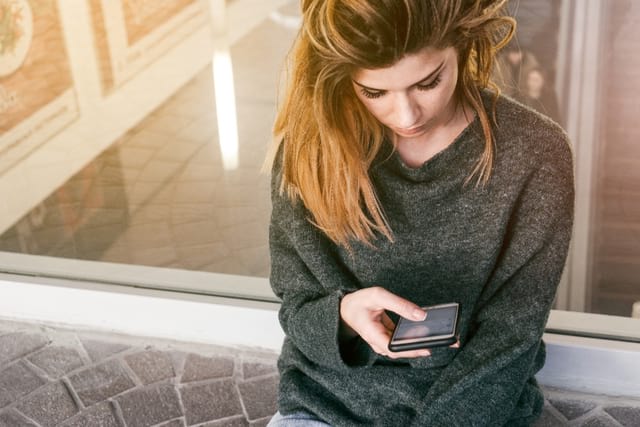 It’s no secret that Scorpio men are secretive. That’s something you’re just going to have to accept about him. However, if he was really into you as someone serious, he would share his life with you and want you to share yours, too.

If you find that he’s strangely stubborn and what he does and where he goes, it may be that he’s playing you and seeing other women, or even his ex. Scorpio guys can be capable of being duplicitous, though once committed, they are very faithful.

Don’t push him, but maybe take a step back if he’s not willing to open up to you about what he gets up to every now and then.

3. He Doesn’t Seem Interested In Getting To Know Your Deepest And Darkest Secrets

When a Scorpio man wants a serious relationship, he will go out of his way to learn absolutely everything he can about you. Your past, your dreams for the future, your relationship history, your secret desires, your wounds, and your ambitions. He wants it all!

Now, if he doesn’t seem to be all that interested in you in this way, then it’s very likely that he’s not looking for anything serious. He’s not putting the usual effort in that he would if he was really thinking about commitment. 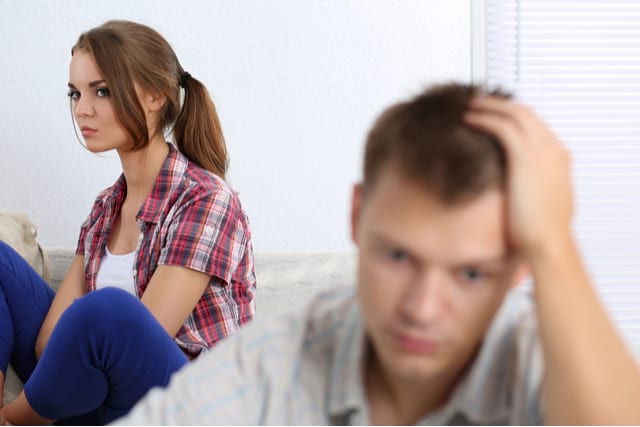 Sometimes, it’s as simple and straightforward as an outright lack of commitment that tells you a Scorpio man is playing you. You see, Scorpio men love the idea of a serious relationship and are actually very possessive of their partners. They want to own you when they are serious about you!

If you find that he’s dithering and hesitating about getting into a more serious commitment, you may have to accept that he’s not interested in anything more than a bit of fun – as much as that stings. If he was that into you, he wouldn’t hesitate to make you his.

5. You Don’t Feel Emotionally Close To Him

The sign of Scorpio is a water sign, which makes him very emotional, sensitive and sweet, underneath all the defenses. When he’s into a woman, all he wants to do is get emotionally close to her and form a deep bond.

If you’re not feeling emotionally close to him, it’s clear that he’s not making an effort to really connect with you in that way. Trust me, ladies, when you feel close to a Scorpio, you know it, because it’s as if you dive into each other’s souls – he doesn’t accept anything less!

6. All He Seems To Create Is Drama 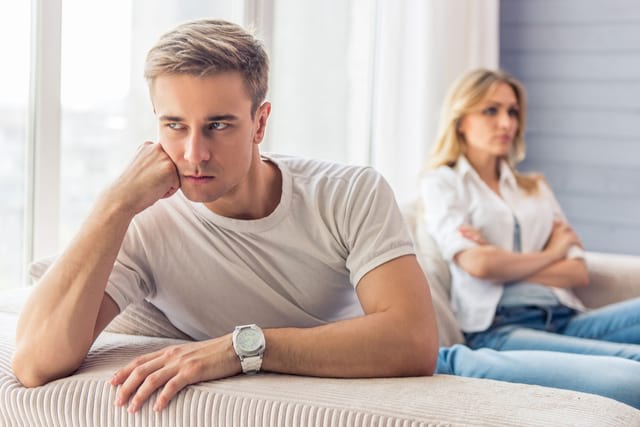 At his worst, Scorpio guys love to create drama. If they have recently been hurt or in a relationship when he’s most especially prone to drama, or if he has other, unresolved issues going on in his life.

If you find that all he seems to do is thrive when things are difficult, he could just be playing you, because the best side of him just wants to settle down and enjoy life with you at his side.

He’s definitely not ready for a relationship when he’s needing to constantly find more drama in his life to dive into! And maybe, he just needs to deal with his baggage to be able to be ready to commit in future. Give him the space to do just that.

7. The Relationship Is Mostly Physical

Even though the Scorpio guy has a very well-deserved reputation for being the sexiest and most passionate sign of the Zodiac, if you find that the relationship is mostly physical, he could be playing you and not interested in a serious relationship.

How much is mostly physical?

Well, if you find that every time you get together, it’s more about getting down and dirty than connecting and sharing an emotional bond, this could be a red flag. A typical Scorpio man who’s ready for commitment, wants to get to know the woman they are in bed with, not just her body.

A good idea may be to hold back on the physical side of things until you can be sure that he’s ready to treat you in a way that you deserve to be treated.

Plus, he will love the chase! Holding back will give you more value in his eyes, even if he’s hard to resist. Try not to be another notch on his bedpost, in other words.

In conclusion, most Scorpio guys aren’t natural players. They are looking for something deeper, most of the time, and they may us be going through a bad phase.

This is especially true if they have had a recent breakup or divorce, and want to get revenge on their exes, or worse, get back together with them. It’s also true that Scorpio men will play the field when they are dealing with major personal issues and can’t handle commitment right now.

If you find the is the case, just give him time. He is the type to want something more, with the right person. Don’t jump into bed with hm too quickly, because that may just make things too easy for him and get you hurt.

Let him wine and dine you, creating an atmosphere of sexual tension and respect, where he realizes that you are easy to lose and high value.

I wish you the very best of luck!