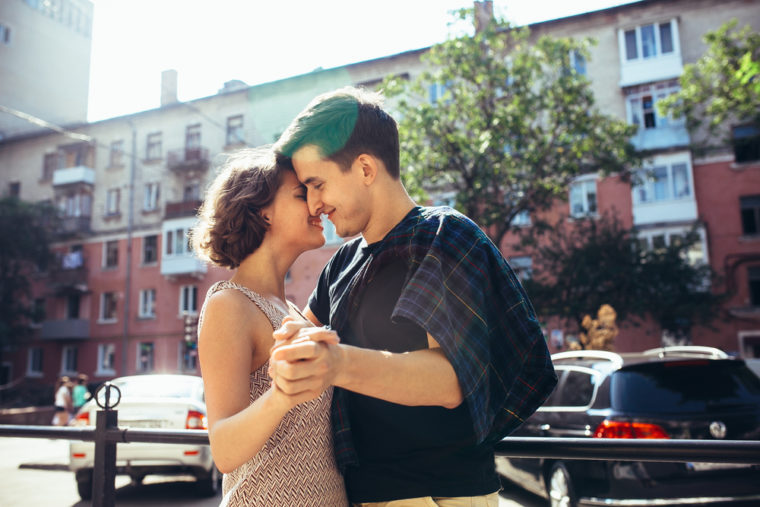 How Scorpio Man Express His Love: Is He Discreet or Loud?

When a Scorpio man is in love, what does he do when he is with his partner in public? Does he make his love known so that the entire world gets it or is he the type that wants to keep it behind closed doors? Will he want to shout his love from the rooftops or will he want to be low key?

Keep reading to find out how a Scorpio man expresses his love:

Not all Scorpio men react the same way when they are in love. Some of them will hold back and will just try to show his partner how he feels without too much talking behind it.

Some Scorpio men have troubles expressing how they feel and can come off as being somewhat awkward, shy, reserved, or cold. He may also be very shy or reserved, therefore, he holds back what he feels until he cannot anymore.

Then there are Scorpio men who fall really hard for a woman and will profess his undying love to her. He will give her lovely gifts, he will tell her verbally he loves her, and he will start planning a future with her in it.

They also will want to declare that the beautiful woman by his side is HIS. He is the selfish and jealous type, therefore, he wants to be really clear with the rest of the world that he is in love with HIS woman.

Your Scorpio guy may very well depend on which personality type he tends to have. You’ll need to act accordingly in order to secure this guy’s affections for the long haul.

He is the type to test a potential partner to find out who she is, what she is capable of if he can trust her, and if she’s going to be there for him even when he’s being cold and callous at times.

Patience is definitely required with the Scorpio man. So whether he’s outspoken and doesn’t mind telling the public what is what or he’s the shy type who doesn’t like to really put all his information out there, you’re going to need to tough it out if you want his love.

You have to look for the signs that he’s deeply in love to get a better understanding of who he is. As I mentioned, not all Scorpio men are the same and so you’ve got to look at the differences with a grain of salt.

One of the ways the Scorpio man will show a woman he’s in love is he’ll stop talking to other women. He will stop flirting with other women, he will stop clicking “like” on other women’s social media, he will remove himself from dating apps.

This is sort of a public declaration to all women out there that he’s not available anymore without actually verbally saying it. It may seem subtle but it is effective for those women who thought he was into them but find out he’s not.

Once they don’t hear from him anymore and don’t see him responding to anything he does, they start to understand he’s not available to them anymore. Some Scorpio men will mark themselves as “in a relationship” or will hide their status.

He may be the type to feel like it’s a “need to know” situation. In other words, if a woman liked him and asks him why he isn’t talking to her anymore, he’ll then tell her he’s seeing someone special.

Clearly, if he’s the type to change his status to “taken” then he is making a statement without having to say much else. It’s going to depend on his personality and what he has going on in his life.

Now this will be more evident to others and doesn’t qualify for low key attitude. The Scorpio man is a jealous and possessive type. So if you two are out together and some guy is eyeballing you, he will do something to prove you are HIS.

He may say something to the guy or he may grab you to kiss you passionately in front of the man to be really clear that you belong to HIM. So this is more of his being loud if he needs to.

This goes for social media as well. He may see something some guy commented on your photo or post that seems a little flirty or questionable. Then he may respond to it in a way that indicates that you are off the market.

He may also private message that guy and tell him he better step off because you’re unavailable for his attention. He probably won’t be very nice about it either to be really honest.

This is the side of him that comes out and can seem “loud” in terms of how he shows his love. He wouldn’t act jealous or possessive if he wasn’t in love with you. That much is very clear.

When the Scorpio man expresses his love, he will likely tell you he loves you. He won’t do it before he’s sure or ready unless he’s immature. Clearly, if he doesn’t know whether it’s lust or love, he probably shouldn’t say anything.

Otherwise, if he knows for sure he’s in love with you then all bets are off. He won’t typically tell you this in public willingly unless you say it first thus making him have to answer.

He’s not loud about his love for you unless he feels threatened or is trying to make a statement otherwise he’s low key and would prefer to keep privacy in place. As I mentioned before, many Scorpio men are on a “need to know” basis.

Love is their business and not for the masses to discover unless the masses includes men who are hitting on you or trying to win your affections. Then he will get as public as he needs to.

Click here to learn more about what makes the Scorpio man tick and if he’s the man for you.

How do you think a Scorpio man expresses his love? Let me know!

3 Questions To Ask a Scorpio Man To Know Him Better

What They Don’t Tell You About Dating a Scorpio Man

How To Attract A Scorpio Man: 9 Things That Pull Him Closer

The Right Way To Flirt With A Scorpio Man

Scorpio Man and Pisces Woman Chemistry – What Are The Signs?

Ignoring a Scorpio Man Can Be Disastrous – This Is Why

Best Matches for Scorpio Man In a Long Distance Relationship

How to Make a Scorpio Man Miss You – Slight Manipulation