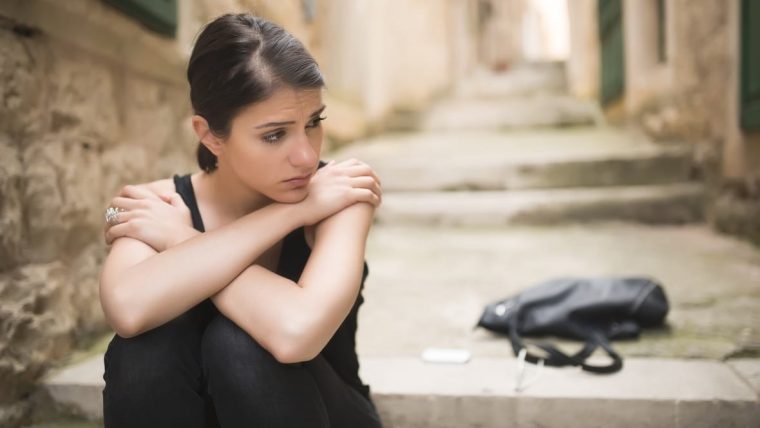 4 Ways to Handle a Scorpio Man Who Is Ignoring You

You’re dating a Scorpio man and things are fine—until he vanishes off the face of the earth. What gives? These four tips will help you ditch the cold shoulder and get back into the heart of your Scorpio escape artist!

Feeling neglected is no fun! And there’s nothing worse than having a passionate moment with a Scorpio man and then he starts ignoring you, right?

Is it him? Is it me? These are valid questions that may be going through your head while you figure out why your Scorpio man is acting strange.

Naturally, when someone ignores you, your first instinct is to push, but impulsiveness is the wrong way to go when dating a Scorpio man.

When responding to a Scorpio man who’s ignoring you, you have to think before you act.

How you react is everything. Keep reading to find out the best ways to respond when a Scorpio man ignores you.

4 Ways to Handle a Scorpio Man Who Is Ignoring You

It may be hard to believe, but sometimes the Scorpio man isn’t ignoring you on purpose. Sometimes he simply forgot to text you back, or he’s focused on something else.

Scorpio is a fixed water sign, meaning he becomes fixated on his desires easily. He has no problem focusing all his energy on one thing. Not that it’s any consolation when that focus falls away from you!

For example, if your Scorpio has his own business or does research for a living, he may spend hours and hours at the library or his home office poring over data, so he forgets to call and cancel dinner.

You automatically assume that he’s not interested or ignoring you when your date (which is important to him) slips his mind.

Instead of overreacting or attacking him with cruel or hurtful words, keep your calm and play it cool. Let him know his absence hurt your feelings, and ask him to please call in the future.

Be understanding and respectful that mistakes happen, but don’t be a doormat.

Scorpio men need to know from the very beginning what their boundaries are when dating a woman. You need to set your standards so he knows what is and isn’t acceptable to you.

2. Apologize (If You Were Wrong)

If you recently got into a disagreement with your Scorpio man and you hurt his feelings, good luck trying to get him to come to the door or answer the phone.

He may act like a tough grizzly bear, but he’s sweet as pie. As an emotional water sign, the Scorpio man is secretly sensitive and has a hard time letting go of hurt feelings.

So instead of talking about how he feels, he pushes you away and pretends you don’t exist. He would rather ignore you than confront his pain.

On the other hand, you waving the white flag and taking responsibility for your part of the argument is often all it takes to get on this grumpy man’s good side again.

Although he is known for holding a grudge, he can be forgiving too. Just don’t hurt his feelings too often, or he may decide that the relationship is too much stress and walk the other way, for good.

3. Call Him Out When He Deserves It

This may seem like controversial advice, but one of the best ways to respond to a Scorpio man who is being stubborn and intentionally playing hard to get is to beat him at his own game and call him out on it.

Let him know verbally that you see he’s playing games.

I’ll be honest with you, he is probably going to be pissed off and defensive at first. Ruled by mysterious and power-driven Pluto, the Scorpio man doesn’t like to feel like he’s not in control or the most clever one in the room.

However, once he gets over his hurt ego and bruised pride, he will be turned on by your self-confidence and directness. The last thing a Scorpio man wants is a doormat as a partner.

Just make sure that you call him out without using disrespectful or foul language. If there’s another pet peeve bigger than someone who can outsmart him, it’s being disrespected. So tread lightly and take an honest approach.

Keep your own ego and emotions out of it. He has plenty for both of you.

Do not, I repeat, do not try to retaliate or get revenge by playing your own mind games.

4. Check In and Make Sure He’s Okay

If he’s not busy, angry, or hurt and is still ignoring you, you may want to check in and make sure he’s okay.

Although it’s not unusual for the Scorpio man to wander off into the hidden caves of his mind, he is still a social and intimate person who enjoys one-on-one contact, especially with the woman he’s dating or committed to.

Sometimes, the Scorpio man can overwork himself or become exhausted by intense emotions and need to retreat. But still, this is no excuse to ignore you.

Once you’ve checked in and made sure your guy is okay, remind him that you are a team, you are partners, and he doesn’t have to push you away to find space, rest, or heal.

For a lot of Scorpio men, feeling safe and supported by their partner can sometimes make them feel a little weak, and they feel like in order to regain their strength as a man, they have to pull away.

So as his woman, be a reassuring sounding board and convey that everything is okay. Remind this sensitive man that you will always be a haven for him to come to when he needs love.

Show him through your sincerity that you care for him and his needs no matter what, and he will give you the same adoration and attentiveness in return.

Read next: 7 Ways to Get a Scorpio Man to Text or Call You First

Now you know the best ways to respond when you feel ignored or neglected by your Scorpio man.

Instead of feeling hurt, angry, or resentful, play it cool if you know he’s busy, apologize if you’ve done something wrong, be direct if you know he’s acting out, and check on him when you know he’s not himself. Find positive and uplifting ways to get to the bottom of the problem and help get your relationship back on track.

Remember, it’s not about force with the Scorpio man but direct honesty.

He has an appreciation for women who are strong, observant, understanding, and most importantly, respectful.

He can be very stubborn and sometimes hard to read, but underneath the hard shell is a genuine, sensual, and charming man who knows how to love and cater to the woman he’s dating.

So, the next time you feel like going off when he doesn’t respond to your text, come back to this article and remind yourself that there is always a better way to get the results you want. There is a way to get the Scorpio man to turn around his neglectful ways and come to you instead.

What are some other ways you respond when a man is ignoring you? I would love for you to share your experiences with me in the comment section.

Also, take my fun, free compatibility quiz to see if you and your Scorpio man are compatible:

Sending you all the love you deserve!

Your sister and relationship astrologer,