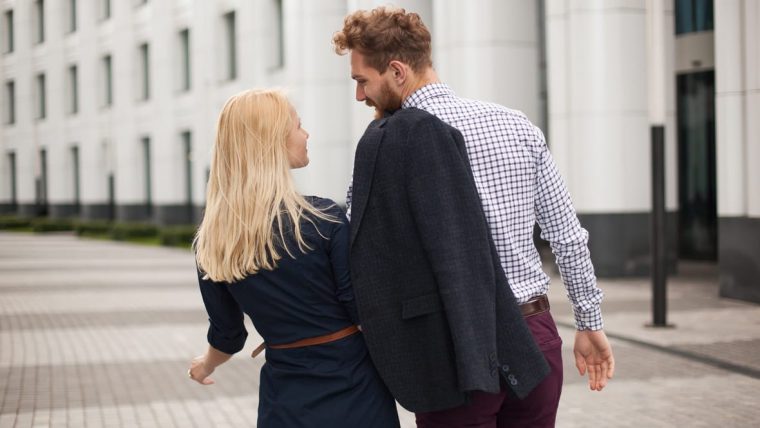 Got your eye on your sexy Scorpio co-worker? You’re probably not alone. This is one sign that all the ladies want! His mysteriousness and the sense of power he carries is enough to magnetize anyone! Plus, he’s one of the most loyal signs in a relationship. What’s not to love? And, how can you be the one to reel him in and go from co-workers to lovers?

A romance at the office can be delicious, and, in fact, there are many couples that find their soulmate at the workplace. After all, you are spending just about every moment together, so why shouldn’t you be falling in love?

The harder part is trying to get from A to B – how does a girl go from just another office colleague to someone he falls in love with? It’s not always easy, and there’s always the risk of getting into trouble with the boss! In some places, falling in love with your co-worker is a serious no-no!

However, if you feel that pull of attraction, who are you to resist it? After all, this may be your soulmate! And who can pass up the chance of that?

Your Scorpio crush won’t be too hard to seduce – he has a natural ability to pick up when there’s love or lust brewing. However, he will love to play the game, so be prepared to set yourself up for a long period of cat-and-mouse!

Here are seven ways to go from colleagues to lovers, gathered in my years of experience as a Relationship Astrologer: 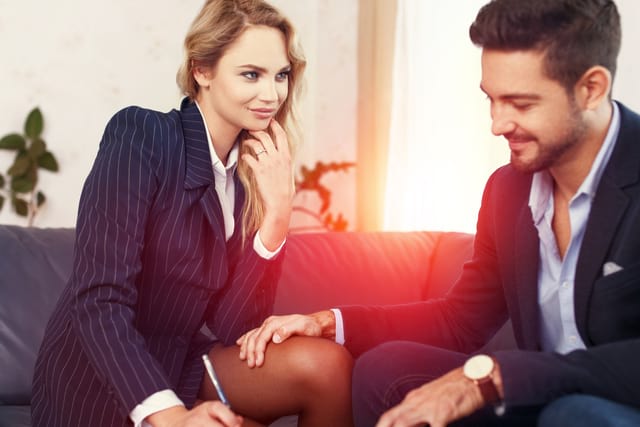 Scorpio is a sign ruled by the planet Mars, which means that they are fueled by lust and desire. Perhaps more than other men, Scorpios are the type to pick up on visual cues.

A simple way you can start going from co-workers to lovers, is to wear something sexy and unique as often as you can. Standing out from the usual crowd will definitely have him sit up and take notice of you. Do you have to show much skin? Not at all – Scorpio loves a bit of mystery, a hint and a tease.

His top choices would be a sheer black blouse, a well-tailored red dress and a splash of bright lipstick. Smokey eyes, a killer pair of heels and a well-cut suit also make him each at the knees. Of course, you don’t have to go all out every day, but do something small every day that makes you look great! And don’t forget the sexy perfume, either.

2. Play Subtle Games With Him 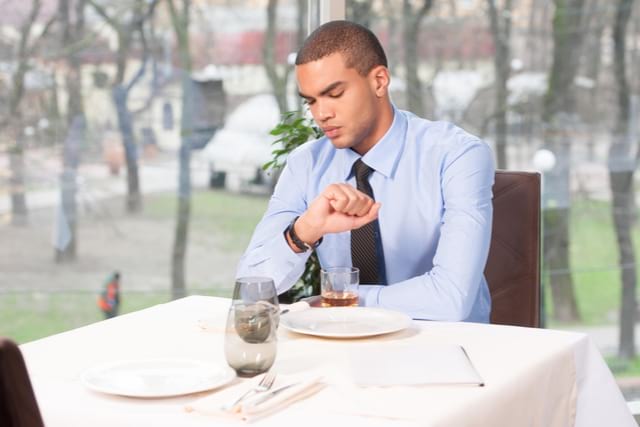 Let me share a secret with you – Scorpio men, as much as they are driven by lust, love it when you play games. They are master at the love and seduction game, and they enjoy playing the part of both predator and prey.

Your games may be verbal – an easy way to get going – or you could be more suggestive and leave clues lying around for him at the office, such as a mug with lipstick around it. You may think he doesn’t notice, but he really, really does.

He will, of course, engage right back with you, which can make things all the more fun!

Want to really get with a Scorpio man? Share a few secrets with him. Of course, they don’t have to be your deepest and darkest. It may be something as simple as an office drama that only you are privy to. If it doesn’t risk anyone being hurt or affected, go ahead and tell him all of it.

A Scorpio man adores a good secret, and it will create an intimate bond between the two of you that brings you that much close to achieving your goal of co-worker to lover!

A woman who is ambitious, driven and successful will make any Scorpio man completely weak at the knees for her. He loves a woman who holds and handles her own power in the very best of ways.

Don’t play small for anyone – dare to step into that promotion, raise your voice in meetings and take control of a project.

As long as you’re not stepping on his toes (and trust me, you don’t want to do that!), he will stand back and admire you from afar. This is one sure way to stoke his fire and get him wanting to get to know you a bit better.

5. Let Him Take The Lead

Scorpio men like to be the boss. And, as much as they can, sometimes also enjoy being the predator in the game of flirting.

So, ladies – drop the hints, the clues and wear the outfits. Make suggestions, but be subtle. Allow him to know that he’s in the lead, that he can take charge of where this flirtation is going. This boosts his masculine energy and helps him to feel in control, which he loves!

6. Praise His Efforts At Work 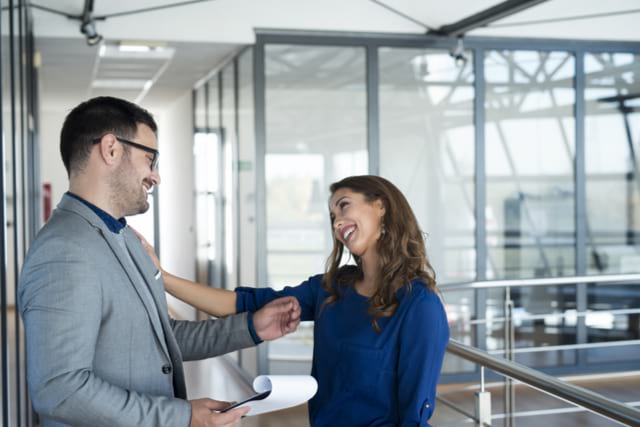 An easy way to go from co-workers to lovers in this connection is to continually make him feel like he’s doing an outstanding job in the workplace. When a project he was on is completed, or in progress, recognize him. You don’t have to lay it on too thick – that’s not subtle. But you can make him feel really, really good!

Most Scorpio men like to feel like they are the best at everything, and when he’s in the driver’s seat and in control, he feels validated. And you can be the one to give him that!

Read next: The Type of Woman a Scorpio Man Falls for and Must Chase

Another thing about being ruled by Mars, the planet of War, is that men ruled by this planet tend to be very competitive! They like to be the best, but there’s no point when there’s no one to compete with!

He’ll be way more attracted to someone who pushes him a little, who competes with him and stokes that fire. Of course, you don’t always have to let him win either. He won’t mind if you win, sometimes. It’ll just make him want you all the more. A true Scorpio loves a sexy and empowered female, someone who can push him to be even better than he is!

You can also apply subtlety when you compete with him – you don’t need to challenge him overtly. Remember, this is a man who likes it when things aren’t too obvious. He’s perceptive enough to know when you’re competing, trust me!

So, have you ever gone from just working with a Scorpio man, to being in a relationship? What did you do to get him to notice you at the office? I’d love to know your stories!  Feel free to post yours in the comments below – you’ll stay completely anonymous.

Are you curious to know more about the mysterious and seductive Scorpio man? My Scorpio man blog will give you all the tips you need to capture – and keep – their hearts. Check it out here!