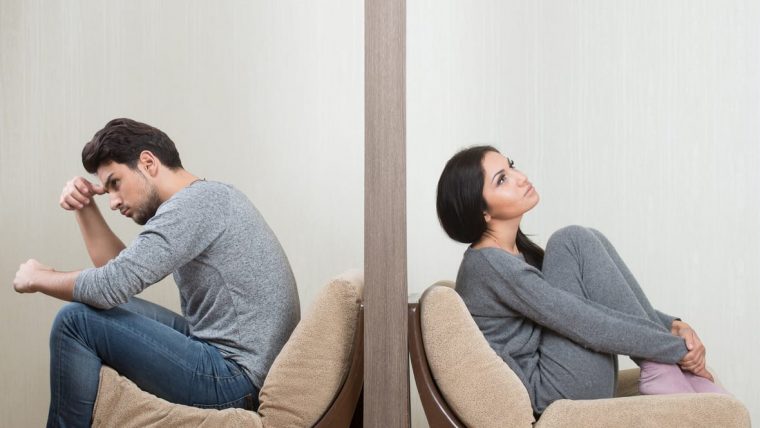 Everyone has their triggers and turn offs, no matter how much they love a partner. Often, the reason why a good man leaves a great woman is something unexpected—unless you have Astrology to give you a heads-up! Scorpio is one of the most complex signs out there. Read up on potential pitfalls!

Couples who have some awareness of what makes each other tick, astrologically speaking, tend to be that much more tolerant of each other’s faults—and they’re better equipped to avoid those pitfalls to begin with.

One of the biggest advantages of knowing what the stars have to say is knowing what his turn-offs are. Astrology helps to speed up our knowledge of each other and prevent, or at least dampen, future problems.

Over the years I’ve spent working with clients as a Relationship Astrologer, I have seen many good men leave great women. It’s heart-breaking, but it happens.

There are certain triggers that push every man away, and in my experience, many of those triggers are not personal.

Most good guys leave because they have problems they need to sort out inside of themselves. However, there are also particular problems or traits that they will simply find off-putting in a woman.

I’m here to help you explore and understand what could make a Scorpio man decide to turn his back on you, so that you avoid it!

A quick disclaimer: you should never fake who you are or lose yourself just to keep a man around. A true love will accept you for who you are and also work on their wounds and problems in order to be with you.

Still, there may be issues you can avoid without sacrificing any of yourself. So without further ado, here are the top five reasons why a Scorpio would consider leaving a relationship.

Scorpio is a sign that needs plenty of physical chemistry! They don’t do well in a life of celibacy, and they thrive best when in a relationship with a woman who keeps up with their powerful libido!

In fact, many Scorpio men express their true feelings through getting physical with you. Their lovemaking is intense and deep, and totally unforgettable! If there’s no chemistry, unfortunately a Scorpio man may run the other way—even if you’re a wonderful woman.

However, there is one exception to this: if he has already committed to you long-term, he will be more reluctant to leave you. In that case, he’s likely devoted to sticking by your side, no matter how hard the going gets.

Worried about a lack of chemistry? Try to enhance your intimacy by opening up to new things and being brave enough to dive deep with your Scorpio man. You won’t be disappointed!

2. A Lack of Commitment

The dating game is hard these days. No one can blame you if you’re holding back when it comes to commitment. Being hurt has its consequences, and we’re all cautious when it comes to opening our hearts.

However, being too cautious may be the road to ruin when it comes to your relationship lasting long-term.

A great Scorpio man may easily leave a good woman if he senses that you’re not going to be loyal to him and true to the bond you share. And if you validate that fear, it’ll be hard to get him back.

When you start dating a Scorpio man, let him know that you’re all in as soon as you feel it. This will help to build trust in the relationship and prevent problems later on.

As you progress as a couple, show him your commitment. Be there when he needs you, be willing to engage with his family, open up to him, and create a close bond. Let him know that you’re on his team. Have his back in all ways!

3. Fear of Being Betrayed

You may be the very best woman in the world, but if a Scorpio man hasn’t gotten over this fear, or has yet to confront it, it can lead to him leaving the relationship. Of course, it goes without saying that if you do betray him in any way (by cheating or entertaining a relationship with an ex, for example) he will see this as a huge turn-off.

This may seem a little controlling to you, and of course, this behaviour can be toxic. However, it’s in everyone’s best interests if you don’t tempt fate by flirting with other guys or being too friendly with an ex. Building trust is essential when it comes to dating the Scorpio man.

Scorpio men love a woman who is deep. This is especially true for women that have emotional depth and can be vulnerable—and empowered in that vulnerability.

Deep also means that you need to be willing to go to all kinds of interesting psychological places with the your man. Deep means that you can’t be afraid of confronting your own demons.

Scorpio men want it all, and they want to know every single part of you.

If you’re not willing to share and open up and instead try to keep things “fun” and surface-level, it’ll be a huge turn-off for him. He wants someone that he can explore the mysteries of life with rather than someone who’s just looking for a good time.

Read next: The Early Stages of Dating a Scorpio Man—and How to Make Progress

5. A Lack of Ambition

Scorpio men just love a woman who has ambition and wants to go somewhere with her life. Whether that means being successful in your career or being a fantastic mother, it doesn’t matter. He just wants you to be as passionate as he is about where you’re going.

A Scorpio man may see a woman who has no drive as disempowered. There’s nothing he finds as attractive as a woman who stands confidently in her own power and authority, knows what she’s about, and always looks to the future.

If you stagnate, he may be turned off. This may endanger the relationship or prevent it from going anywhere.

I always love learning from you, my readers! Do you have anything to add about a Scorpio man that you know just flicks his switch off? Have you been with this sign before, or are you with one now?

Go ahead and share your story with me – you’ll stay anonymous! And if you’re looking to learn more about this mysterious and sexy sign, my Scorpio man blog should be your next stop!