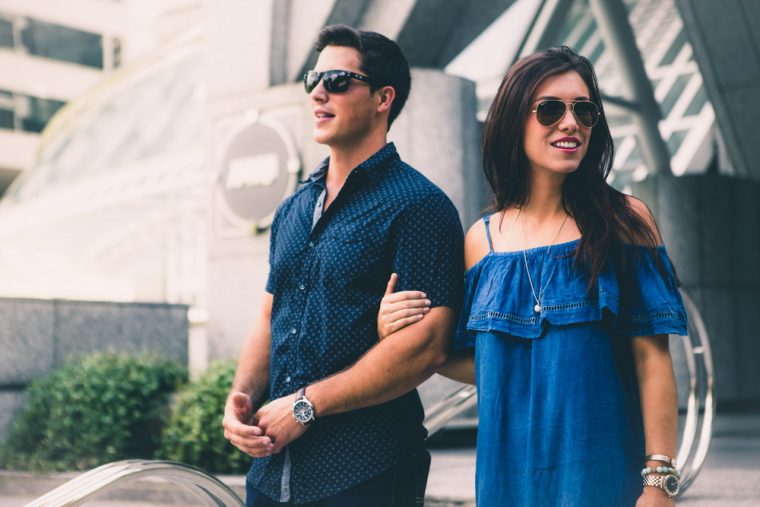 Is your Scorpio man playing games and trying to provoke jealousy in you? Get past this stressful obstacle by understanding his behavior and following my tips for stopping it in its tracks.

Being in love with a Scorpio man is like diving into the deepest of oceans—and not finding your way out again! If you’re not careful, you can drown in this sign.

Water signs are magnetic, possessive, intense, and deep. They take love and life seriously, and they play for keeps. Being a fixed sign, these men tend to be very committed, consistent, and reliable—but there are some who are also out there to manipulate and play games with you.

As with every sign in the Zodiac, there is a dark and a light side to Scorpio, and when you encounter a Scorpio man who is trying to make you jealous on purpose, that’s when you know you’re dealing with the type who gives in to his darker side and allows his shadow to take over.

Ideally, you should not stoop to playing his games, as usually, this type of man plays to win. If you’re not prepared or don’t have the type of devious, calculating mind this sign has, then you may be in for a nasty surprise.

Some women enjoy it when their man tries to make them jealous, as to them, it seems to reflect his desire—but in truth, this behavior and way of thinking can simply be destructive and should be approached with caution. Stay out of the Scorpio drama if you can! No matter how tempting it is to give in, refusing to engage is a sure-fire way to “win” the battle.

Read on to find out how to tell if this is what he’s doing, why he’s trying to make you jealous, and how to deal with it:

Why Would Your Scorpio Man Want to Make You Jealous?

A Scorpio man’s mind is a tough one to figure out. It runs deep, just like his emotions. He may never reveal to you the reasons why he wants to make you jealous—and there may be many. But from my experience working with women whose Scorpios are playing games, I’ve found it’s usually down to one of these reasons:

He has a long-standing grudge against you

Make no mistake, a Scorpio man never forgets a slight. He’ll remember that one time you were a little too friendly to the barista after a big fight. He’ll remember when you danced with your friend at a bar, or that time your ex messaged you to ask an innocent question.

You actually did flirt with someone

If you have been guilty of flirty behavior, whether overtly or not, your Scorpio man will take it personally, and he’ll go out of his way to make you jealous. He hates being pushed aside, feeling he’s second-best, or watching his partner give anyone else attention.

His behavior is likely a symptom of something much deeper going on beneath the surface, and usually it’s that he’s jealous or insecure. You’ve got to ask yourself, has this man been through a difficult childhood, been cheated on, had his heart broken, or been made to feel less valuable than he is? Trying to make you jealous is no way to build trust, but it may just be wounded feelings trying to find expression.

He wants your validation or attention

Some people—especially wounded Scorpios—just don’t know how to ask for their needs to be met. He may be trying to make you jealous just to get some attention from you. It’s not the right way, to be sure, but it is one way to get the validation he may be craving, especially if he doesn’t know how to be truly vulnerable. If you can see this, then it’s time to confront him—gently—and make him feel safe enough to let go of the games.

Scorpio is a sign that loves and attracts drama—like bees to the proverbial flower. If he’s not directly involved in drama, he’s creating it. Making you jealous may just be one of the many ways that a Scorpio man is trying to have a thrill. He could be bored and wanting to pull your strings, to see how much you’ll react. This is one of the most frustrating reasons, and if you discover that he is doing this, stay away!

Scorpios thrive on power. It makes them feel in control. If he succeeds in making you jealous, it may give your Scorpio man a rush, and if you respond by playing the same game back, it may become even more exciting for him—and he could up the ante. This manipulation is a dangerous path, so be extra careful if you suspect this is the reason why your Scorpio man is trying to make you jealous.

He’s jealous of you 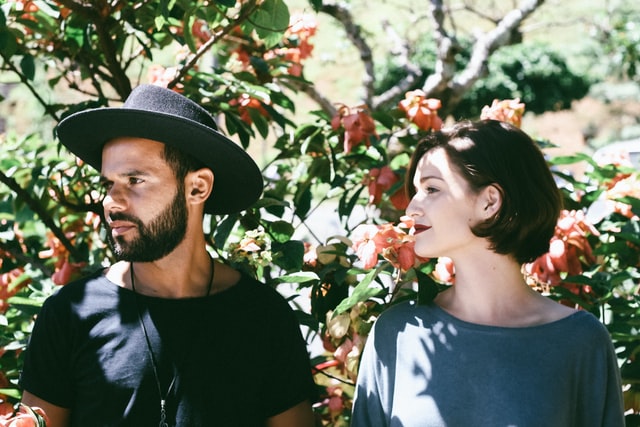 There are many ways in which your Scorpio man can try to spark your jealousy. Some are overt and obvious, but some are much more subtle or even underhanded. You may doubt yourself and wonder if you’re going crazy or if you’re seeing things as they really are. Here are 4 signs that a Scorpio man is trying to make you jealous:

Read next: How to Make a Scorpio Man Miss You – Slight Manipulation

What Can I Do When a Scorpio Man Tries to Make Me Jealous?

How can you take control of the situation—without seeming jealous or insecure yourself? How do you keep your power without this becoming a battle of wills, a power struggle, or a massive drama?

A Scorpio man may be trying to instigate those reactions; many of these types get off on the drama and intensity, even to the extent that they cause the abandonment that they are so scared of.

Many who are scared of being hurt (and are vulnerable under their spiky armor) can benefit from trauma counseling or other professional help to guide them in transforming from someone who plays games into someone who is loyal, steadfast, loving, sensitive, open, and committed. He has all these qualities inside of him—he just needs to unlock them. 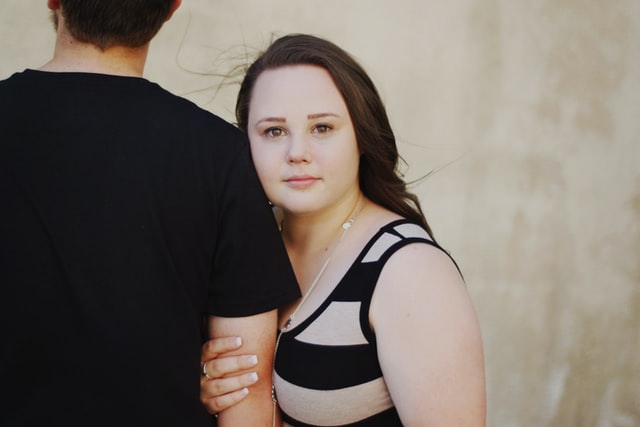 When you’re in this situation, though, you want to work on it right away. Here are a few paths you can take. Each has its ups and downs; you have to do what’s right for you.

This is probably the worst option, in all honesty, but I need to address it. It may feel exciting at first, but getting wrapped up in the manipulation will wear you down, and it will become an extremely toxic experience. You may go back and forth for years, with some wins and many, many losses. Eventually you’ll burn out and become emotionally and mentally drained. Make no mistake—a true Scorpio will play this game far better than you ever could.

2. You can ignore him and refuse to engage in the games.

This is the opposite extreme and certainly the most difficult option. It may even make him escalate his efforts to make you jealous, and in a weak moment, you could all too easily give in to the games. He may see your cool-headed response as a challenge, and this could become the start of something very dangerous and destructive.

This is the most balanced option. If you can gently explain how you’re really feeling—and be truly vulnerable, without being weak, clingy or needy—you will inspire him to do the same. True vulnerability is when you can lay all your cards on the table and feel empowered by it.

For example, you could say, “I’ve noticed that you have been very friendly with my co-worker. It seems to me that you may be trying to make me jealous, and it makes me feel sad, hurt, and invalidated. I really love and care about you, and I’m not sure what I’ve done to make you feel like you need to behave like that. Would you be willing to talk about this with me and help me understand what’s going on? I really want to make our relationship work.”

This above is an example of “non-violent communication.” If you attack your Scorpio man, for example by saying, “Why are you talking to my colleague so much? You’re just trying to make me jealous. I can’t believe you’re doing this. You’re always acting like a child,” he will be defensive. This is a sign ruled by the planet Mars, the planet of war—and a Scorpio man truly knows how to battle! Watch your language and lower your own defenses first so that he can lower his; this is a true moment of connection.

4. You could break up with him.

This is another extreme option. But if it’s been going on for too long, and you’ve tried talking to him and have been loving, kind, gentle, and patient to no avail, then it may be time to walk away. If the relationship has become toxic, and you feel like you are no longer yourself, or he’s not hearing you or seeking help and continuing to behave like a child, it’s time to pack your bags and go.

He may try to hold on to you, his fear of abandonment and rejection kicking in. He may suddenly seem to become vulnerable in a last-ditch effort to try to keep you, but that may be too little too late. Even after you split, he may try to manipulate you into coming back—but if he hasn’t truly changed his behavior, then don’t even think about it —it will just lead to tears.

Read next: Ignoring a Scorpio Man Can Be Disastrous – This Is Why

But don’t despair. As evidenced by most of the cases I’ve helped women work through with manipulative Scorpios, it’s possible to work through this moment, and eventually, his attempts to make you jealous will be nothing but a bad memory.

At the end of the day, you have to empower yourself and be the bigger person if you want to get through this challenge with your Scorpio man. Don’t stoop to his level, avoid his game-playing, notice the signs of manipulation, and make sure you’re moving in the right direction if you plan to stick around!

For a head-start on figuring out whether you and your Scorpio man are going to work out, take my free compatibility quiz.

I’d love to hear about your experiences on this tricky subject. Leave them in the comments below!

Your friend and devoted astrologer,