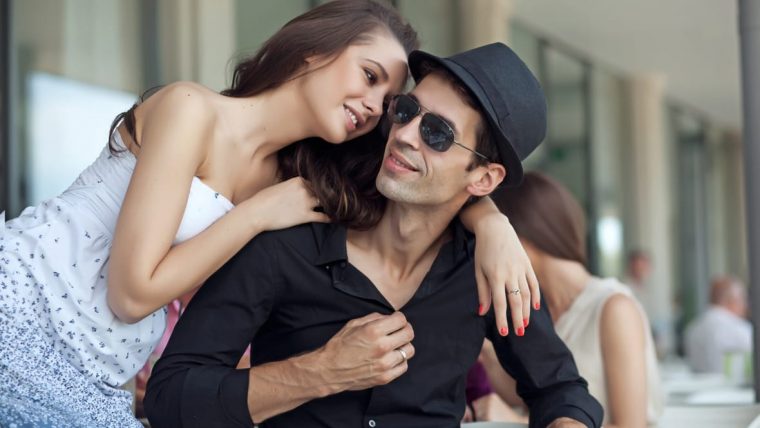 So, you’ve found yourself falling head over heels for the Scorpio man you’ve been dating. Good for you! This is a sign well-known for their sexiness, commitment, loyalty, and depth. However, it’s not all roses and sunsets—the Scorpio man can also be downright manipulative and sometimes a little toxic. Here’s the low-down on the good, the bad, and the ugly when dating your Scorpio fella.

Scorpio men are among the sexiest of them all! Women love this sign, largely because of their sensitivity and their deep sense of commitment. Because once you’re really “in” with the Scorpio man, the chances are very small that he’ll ever let you down.

Unless you let him down first, that is.

When a Scorpio man is at his worst, he truly is the most toxic and dramatic of the signs. The reason why he can behave in this way is usually because he wants to have the upper hand and be in control.

When he feels out of control, or like he’s going to lose you, he tends to act in very dramatic, over-the-top ways. All signs have their good and bad qualities, and it helps to know what you are in for when you are dating—and falling in love with—the mysterious and powerful Scorpio man.

Even if he’s playing games and being secretive, the Scorpio man is actually feeling out whether or not you’re a long-term fit for him. This is one guy that is seldom single; they often attract long-term love.

When he’s really committed, he will do anything in the world for you. His loyalty is unfaltering, and he expects the same from you.

So, if you were having any doubts about his intentions, put those doubts away and trust that he’s looking for the same thing you are!

Every girl wants a man who’s passionate and sensual, right? Chemistry isn’t everything, but it’s immensely important to most people.

The Scorpio man has a well-deserved reputation for being the most sexual sign in the Zodiac. There’s nothing that’s taboo for this man. He wants to try it all, and he wants to try it with you!

It’s important for you to be open, too, and not judge him for some of his more intense fetishes. Of course, you should never do anything you’re not comfortable with. But who knows—maybe you’ll discover something new about yourself in the process!

Sometimes, you fall for someone only to find out it was all superficial. This is not how a Scorpio man operates.

Unlike some other signs, the Scorpio man wants that depth, intensity, and meaning in his romantic connections. He wants to really, really know you, and for you to know him.

Everything he says and does will reflect this inner depth, and you can rest assured that you’ll never get bored with a Scorpio man at your side. He is someone you will always find fascinating and interesting, and therefore your bond will always be interesting, too!

The Scorpio man can be very possessive and jealous, usually due to his insecurities. This insecurity mainly revolves around a fear of you leaving him or betraying him in some way. Hence, he may try to limit your activities or movements or act jealous.

Of course, this typically only manifests in small ways. Maybe he glares at other guys when you’re out and puts him arm around you possessively. Maybe he asks you to check in when you get home.

You may have be the one to set boundaries and help build a sense of trust and safety between you to help this fear subside just a little. Usually over time, this does get better as he relaxes into the relationship.

And, of course, it goes without saying that if this becomes toxic in any way, you have every right to exit the relationship!

Here’s the thing: the Scorpio man wants all of your secrets, but he seldom reveals his. He may demand to know every person you’ve ever dated and the details of how you broke up, how many sexual partners you’ve had, and if you have any childhood wounds.

Bu will he reveal all the gory details of his own past? Not likely, and if he does, it’s only once he feels he can trust you. That doesn’t stop him from ferreting out your most treasured memories. This can sometimes feel a little invasive.

Make it clear if you will only share to a limit, and he will have to meet you where you are in order to equalize the relationship.

Read next: 5 Turn-Offs That Make a Good Scorpio Man Leave a Great Woman

1. He Can Be Toxic, Manipulative, and Dramatic

Sadly, most of us have our ugly sides, which is what makes us human. You’ve got to ask yourself what your ugly side is before judging someone else too harshly!

The ugly side of a Scorpio man can be a doozy. He has a very strong shadow side, which, if he isn’t aware of it, can become very hard to deal with sometimes. Some Scorpio men can have a toxic and manipulative edge to them.

They are often dramatic, especially in terms of their emotions and blowing a situation out of proportion.

If you’re feeling uncomfortable, pushed around, stressed out emotionally, or even unsafe, these are usually signs that you may be being manipulated. You can simply point it out to him, laying down your boundaries and making sure you stand your ground.

It’s very possible that he will change his behavior when he sees you mean business and you won’t be messed with. In fact, Scorpio men can be little lambs once they realize you’re not going to take their nonsense!

We touched on jealousy, but at his worst, a Scorpio man can go from slightly possessive to downright controlling.

These guys tend to want to hold all the power, which can translate into a domineering personality. This may be subtle or overt.

There’s no getting away from this behavior. But there is a way to handle it. Simply don’t allow yourself to be controlled if you don’t want to. Or allow it in some areas that mean very little to you (such as, for example, checking in at night via text).

You’ll need to be the one to keep an eye on things and set your boundaries. If you feel uncomfortable, trust those instincts!

Have you fallen for a Scorpio man? What are you noticing about his personality? I’d love to hear from you in the comments!