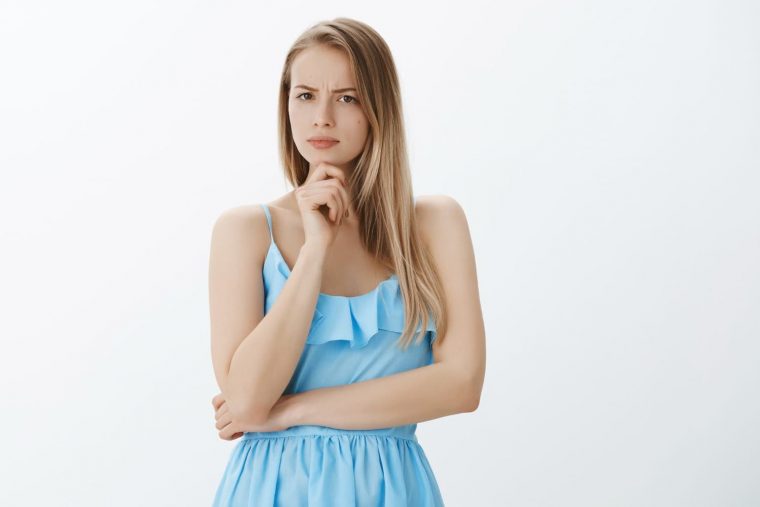 9 Secret Signs You Are Scorpio Man’s Plan B

Scorpio men are enigmas. They have a mysterious and alluring reputation for a reason, it’s almost impossible to figure out what they are thinking or how they are feeling. So, it can be pretty frustrating being interested in a Scorpio man, and not being able to figure out if he really cares about you.

But no matter how frustrating these men are, women seem to be put under a spell when it comes to Scorpio men. We just can’t get enough of them, no matter how hard it is to get to know them!

But how can you tell if you’re not a Scorpio man’s first priority? Does he only see you as an option or a Plan B? Things aren’t that obvious or cut and dry with Scorpio men, that is why I have come up with this list of secret signs to see whether or not you’re a Scorpio man’s Plan B.

Continue reading to get an insight into these mysterious men. You might realize you’re actually just wasting your time with him or come to see that he’s actually really into you, albeit a little complicated!

9 Secret Signs You Are Scorpio Man’s Plan B

1. He Makes His Feelings Known

Scorpio men don’t beat around the bush. They may be really mysterious and full of intrigue, but it’s good to remember that they are highly sensitive and have quite a strong moral compass. If he knows you’re interested in him, and he doesn’t feel the same, he’s going to tell you directly.

He doesn’t want to waste your time or hurt your feelings, and if the roles were reversed, he would appreciate the same grace and honesty from you to him. He’s super direct and forthright in his actions, he’ll tell you straight the way he feels about you in most cases.

2. You’re Not Seeing Him Frequently

When a Scorpio guy is in love with a woman, he gets quite obsessed and a little possessive. He starts to feel consumed by the relationship and wants to be around the woman all the time. When a Scorpio man loves, he loves hard.

If he isn’t expressing a desire to see you all the time, you’re probably not his number one priority. A Scorpio man will always make time for the woman he loves, no matter how busy he is. So, if he isn’t seeing you, his attention is probably somewhere else. 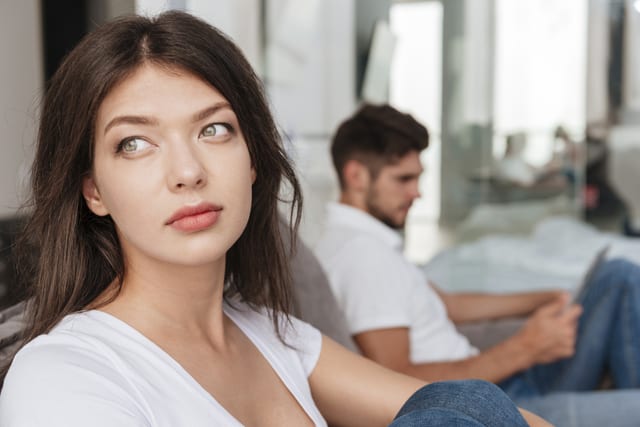 It’s been said again and again: Scorpio men are extremely sexual! They need a lot of sex to feel satisfied, but it isn’t a purely physical act for them. Most of these men need a really strong emotional bond with a woman to get intimate with her.

He needs to feel like he is in love with her, or that he will be, eventually. Scorpios have a way of knowing these things. Trust me, every moment he spends with you, he’s deeply analyzing you and weighing up the potential of a relationship with you.

If the two of you have hung out a couple of times and he isn’t making a move to try to sleep with you, he probably isn’t that interested in you. He would rather not have sex than have sex with someone he has little interest in.

4. He Starts Backing Off After Sex

A Scorpio man will never use you for sex. He just isn’t like that, no matter what his reputation might say. He’s actually fiercely loyal, and sleeping with you in the first place must have been a really big deal to him.

That being said, sex is really important to him, more so than to most people. So, there will come a point in your relationship that he’ll feel ready to test the sexual compatibility the two of you share.

Sex is one of the key parts of the way he loves a woman when he is in a relationship with her. So, when the two of you have sex and he doesn’t feel the right kind of connection and chemistry, he is more than likely to step away from you and cool things down before they get too serious.

We’ve all experienced this before, you’re really into someone and then you finally have sex and it feels like a bit of a train wreck. This is nothing personal. Sex is just too important for him to settle for something he feels is mediocre.

5. He Asks You For Space 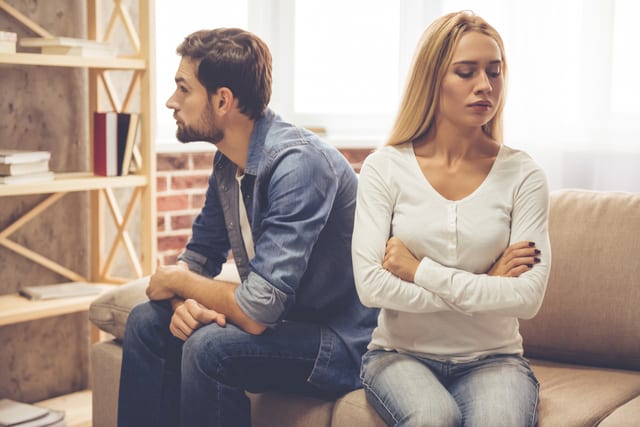 One of your Scorpio man’s best qualities is his brutal honesty. He’s always going to be pretty direct with you, even if it may hurt. But this is significantly better than feeling like you’re being stringed along and not knowing where you stand with him.

So, he may have lost interest in you or realized that he has stronger feelings for someone else when he asks you for space or actually just calls it quits. For someone who has a reputation for being secretive and mysterious, he’s actually really honest and forthcoming. Especially when feelings are involved.

Scorpio men are sneaky… they are always testing and observing you even when you don’t realize it. He’s accumulating data in his head to see if you would be a good match for him in the long term, because he seriously hates wasting his time!

When a Scorpio man is really interested in someone, he might put her through a round of “tests” to see how she handles certain situations. As an example, he might cause a little drama by purposefully being late to something to see how you cope with stress and anxiety, and how this influences the way you treat him.

If he isn’t putting you under a round of psychological tests, he’s likely not that interested or committed in pursuing something more serious with you, and of course there is the possibility there is someone else in the picture instead.

Some Scorpio men aren’t as mature as others. Instead of being graceful, honest and full of integrity, they give in to their shadow side and act atrociously. You wouldn’t want to be with one of them anyway, so it doesn’t matter if you’re their Plan B or not.

One of the things an emotionally immature Scorpio man tends to do when he doesn’t have the guts to be honest with a woman about the way he feels is to cause conflict and pick fights with you just so you’ll get frustrated.

He’s actually secretly hoping that you’ll get so fed up with him and end the relationship with him so he doesn’t have to look like the bad guy, especially if he’s seeing someone else on the side.

Keep an eye out for how often the two of you clash, no this isn’t passion and him showing you how much he cares for you. This is a toxic behavior you shouldn’t have to deal with.

8. He Over Explains Himself 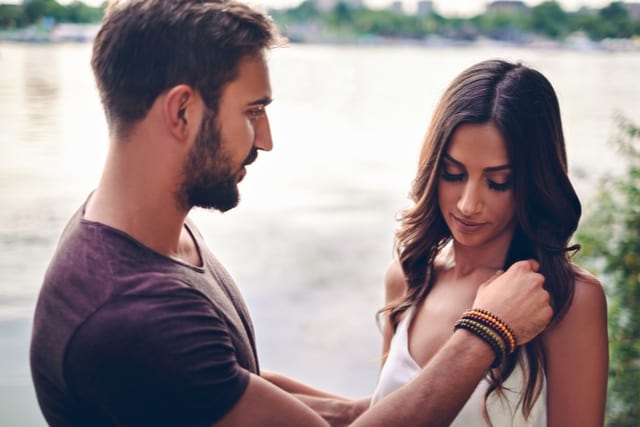 Scorpio men have the ability to be master manipulators. You know how I mentioned before that he’s always observing you, well he’ll use everything he knows about you to his advantage to see what your triggers are.

When a Scorpio man acts out of his integrity, he’s really honest and direct and doesn’t feel the need to explain every little thing in detail. But when he’s lying, he’ll tend to embellish his stories a little more than necessary to make himself feel believable.

If you’re picking up that he’s a little too eager to explain and share, because his usual personality is actually pretty solemn, then he more than likely has something he is trying to hide. This could very well be him hiding that you’re not his first priority.

9. He Accuses You Of Being Unfaithful

One of his sneakiest tactics is accusing you of something he’s actually guilty of. If he starts spewing nonsense about your loyalty and dedication to the relationship, while you have been nothing but loyal and dedicated, there might be something deeper brewing.

It’s quite possible that he’s trying to deflect the attention off of him and on to you to try to minimize the heat. If he’s guilty about something it’s easier to blame you for the same mistake than to be honest about it.

Keep an eye on him if he acts this way. You likely have more than a good enough reason to feel suspicious by this behavior, just keep calm and don’t give him ammunition because this is exactly what he’s trying to do.

Read next: 7 Reasons Why Scorpio Men Are So Hard To Read – What’s Behind His Mysterious Aura?

Scorpio men are seriously interesting creatures. They have so many wonderful qualities, so it comes as no surprise that these men are seriously popular in the dating pool, even though they are a little more complicated than most.

Don’t ever let him make you feel bad about yourself, or allow him to put you in a position of second best. Trust me, the right man is out there for you and your turn is right around the corner. Just keep hope and be patient, and live your life to the fullest in the meantime.

Have you ever dated a complicated Scorpio man? Did you ever feel like you were his Plan B? What did you do about it and do you have any other secrets I may have missed in this list? Then please let me know in the comment section below, I’m really looking forward to hearing your thoughts.

Are you in a relationship with a Scorpio man but doubting your compatibility? Then why not take a look at my compatibility quiz to see what your true chances are together?

Wishing you all the love in the Universe.