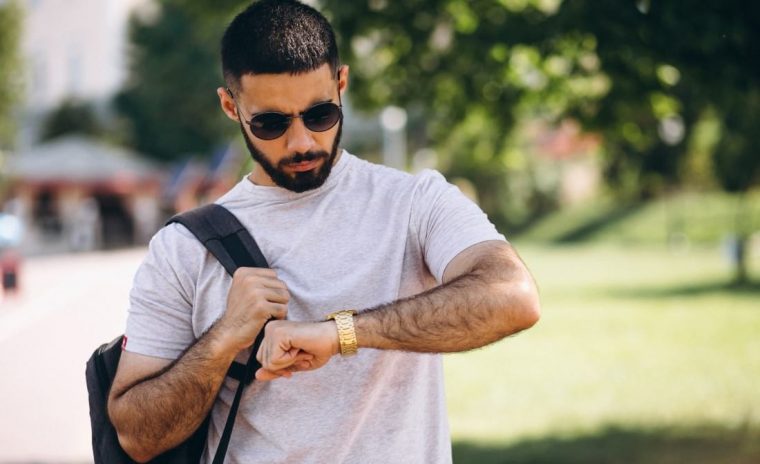 Hello, my dear readers. I hope the Universe has been good to you since last month’s reading, and that you’re ready to soak in everything you can about the Scorpio man’s predictions for the month of September. Let’s jump right in – there’s no time to waste!

The second week of September brings forth necessary changes and releases. A Full Moon in Pisces conjunction Neptune Retrograde opposite the Sun in Virgo will force the Scorpio man to escalate and possibly end certain relationships. But it’s not all lost, once the Retrogrades have passed, I expect to hear more about those abruptly ended stories, and so should you…

The third week makes for an interesting time for the Scorpio man and his lover or partner. It’s a great time to spend evenings and nights together, stargaze, talk deep into the night, and cover subjects that have to do with metaphysical themes and topics.

This week will make him Mr. Popular, but more paranoid as well, thanks to the New Moon in his twelfth house. For most of the signs, the end of September ends on a positive note. The Scorpio man always has to go via the darker road, so he might get the worse end of the cosmic stick this time around…

At the beginning of the month, the Scorpio man will be focused on himself, his finances, and his communication. As one of his rulers (Mars) resides in his eighth house of desires and sex, he will be prompted to act on his impulses, so the events might take that turn as well.

His confidence will be boosted, and his finances will receive a stroke of luck during the first days of September. His communication skills, however, might be a little bit disgruntled and he might not choose the most careful of words.

This first week is a good time to get a glimpse into his inner world and workings and to get to know his libido triggers. Albeit, Mars residing in his eighth house might give it a boost in directness and straightforwardness that is not usually there, still, it provides a valuable window into his soul.

This first week is a good time for creative dates that have the power to uplift his spirits, and it’s a good idea to avoid reacting to his words or attitude during this time. It’s better to defuse the situation than to light it up like a fourth of July, for now.

During the second week of this month, the Scorpio man’s mood will be focused on family and home matters. His mind will go back to previous years and decades past, and he might even feel the need to visit his ancestors at a graveyard.

Not to sound creepy, but that can be a good opportunity to go together and bond, plus you’ll get to see a side of his that not many people do.

On the 10th, there’s going to be a Full Moon in Pisces, and it’ll conjunct Neptune Retrograde in his fifth house. The Scorpio man will be called to go out and about at social events, but he might get into a fight or a quarrel with one of his friends or coworkers.

It’s not advised for him to drink during this time or to partake in other psychoactive substances. Neptune is a trickster in its regular state, but in its Retrograde walk – it’s better not to tempt nor test its influences…

The Scorpio man will be called to release something (or someone) from his life during this time, but considering that six planets are in Retrograde at the moment, it won’t be permanent, just something in the form of a current culmination of a certain situation. After the Retrogrades are over, he can expect things to go back to “normal.”

It’s All Fun And Games Until Uranus Hits…

During the third week of September, the Scorpio man’s focus will be on his lover or partner and the abrupt and sudden changes that will take place in his main relationship. There’s not much you can do to prevent or intercept these changes, after all, it’s Uranus and the North Node we’re talking about here.

The next area of life on the agenda for him will be his emotional, secret, and sexual fields. The Moon will conjunct Mars in Gemini, and this will open up his mouth and make his tongue loose, and not just in a metaphorical way.

This is a good time to enter into constructive debates, talk things out, and use speech as a catalyst for your desires, impulses, and deepest emotions. It’s a perfect moment to attend karaoke, go to a bar together, and partake in a pool game.

It’s also a very good transit for long talks after sex, rooftop conversations, and stargazing, as the Moon slowly moves to his ninth house of philosophy and higher knowledge, this will be a perfect time to indulge in meaningful conversations and sharing on a soul level.

The fourth and final week of September casts a light on his public and social life, and in the end, it makes a grand finale in his twelfth house via the New Moon in Libra.

This week is going to be filled with extracurricular activities for the Scorpio man, and he might not have much time to spend with his significant other. He will be called to attend social events, gatherings, parties, and team-building camps.

This is a great time for him to acquire acquaintances within an important or powerful circle of people that can influence his career, and to spend time with his friends hashing out the global and internal events.

On the 25th, there’s a New Moon taking place in his twelfth house of dreams, phobias, and hidden enemies, so he might use this New Moon intuitively to settle some scares and discover truths that have been hidden from him.

And there you have it my darlings, the Scorpio man’s harvest month in the palm of your hand… Not bad, not spectacular, but transformative, you’ll agree…

You can use this month to get a deeper insight into his own mind and heart, explore his hidden depths and ease his phobias and unfounded fears.

His moods will fluctuate during September, but nothing major until we hit the Libra New Moon. Watch out for the Libra New Moon in the Scorpio man’s life, and around that time, remember to take one day, and step, at a time. He’ll be extra sensitive around that lunation, and his dreams might be sending him mixed messages until he’s able to decipher them from a place of calm and not a place of fear.

Are you looking to deepen your relationship potential with your Scorpio man but you’re not quite sure how to go about it? Then why not take a look at my VIP consultations. Let me help you get the love life you deserve using my knowledge in Astrology.

Wishing you so much love and happiness!

One thought on “Scorpio Man Predictions For September 2022”