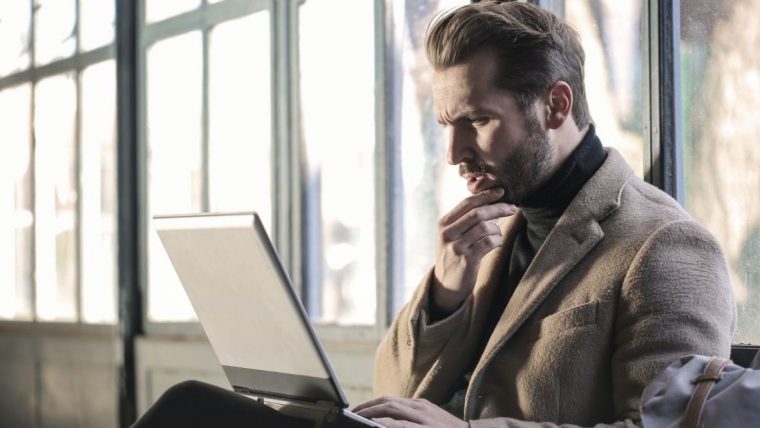 Hello, my beauties – how are you? Majestic and divine, I hope, for we’re about to dive into the June predictions for the Scorpio man.

The first week of June is filled with minor inconveniences for the Scorpio man. His words and actions are misinterpreted thanks to two major planets being Retrograde, and that ticks him off. Luck and destiny are on his side, however, and he is all “heart-eyes” for his lover or love interest.

The second week of June has the Scorpio man in panic mode. He is not used to these positive things that keep happening to him, and the changes that are taking place are too much for his fixed nature. He feels like he’s drowning and he needs a breather, but just on the contrary – he needs to keep going as things are only getting better and better for him. Trust the process, breathe in, breathe out, and listen to Wim Hof – he’s a wise man.

The third week of June brings forth some epic and “cataclysmic” events to the Scorpio man’s personal and love life. His raw passion and intense emotions are going to push him over the edge and he’ll let go of his fears and paranoia for the sake of happiness, a round of applause, please.

The fourth and final week of June is like a downer for the Scorpio man, but not in a negative sense, more in the positive sense as in he’s getting adjusted to new levels of happiness and good things taking place in his life. It’s a perfect time for a trip on romantic shores and blue horizons where the sky kisses the sea…

The first week of June puts the Scorpio man at a loss for words. His ruler Pluto is in Retrograde in his third house, so he can expect a plethora of minor inconveniences and miscommunication. And to top that off, Mercury is in Retrograde as well, in his seventh house of love and partnerships, oof…

At least, Fortune is on his side, so he can count on small blessings to save the day from total and utter ruin. What’s good is that Jupiter entered Aries, and conjuncts Mars, and all of this brings expansion to his job and good luck in his daily life.

His love life is thriving, and although his natural instinct is to wait for the other shoe to drop, there’s no dropping this time. Venus is blessed in Taurus, and although minor inconveniences are present due to Mercury Retrograde, nothing can overcome the North Node-induced bravery and move forward in love.

The Scorpio man is already devising homey plans for his lover or love interest, thanks to Pallas conjuncting Uranus. Even if he doesn’t want to admit to it, he’s caught the feelings quite hard; his lady has had him captivated and all his thoughts are gradually moving towards her and pleasing her.

The second week of June highlights his twelfth house of dreams and fears, and all of them are currently tied to his love life. Scorpio is as Scorpio does – he’s paranoid that the fates are against him, and that his luck will abandon him.

Quite on the contrary, thanks to the Venus-Uranus-Pallas-North Node combo in Taurus, plus Mercury moving direct, the Scorpio man’s love life is experiencing destinies, karmic, and life-altering changes in his love life!

As a fixed sign, he might be very uncomfortable with what’s happening during this week, and he might be very fearful, but that’s just (in) his nature. All is happening according to the great cosmic plan, and his soul is about to be elevated out of his body with the amounts of (love) happiness that are about to strike him from above!

This is exactly what this South Node-North Node axis is about – stars are trying to teach him not to doubt and question every blessing and gift from the above, but instead to let go from time to time, to trust the Universe, and to enjoy life (and love). This week is truly blessing him with loads of positive changes and love.

Put A Ring On It

The beginning of the third week of June blasts off with a Super Full Moon in Sagittarius, highlighting his second house of body, diet, and finances. His emotions are supercharged up, but so is his libido. Mercury has turned direct, and it has entered Gemini – the sign of his domicile, and the Sun is there with Vesta, too.

Somebody is going to get laid, ooo-la-la! I say that teasingly, but there’s more depth to it than that. The Scorpio man will finally feel the urge to speak up about his inner workings and about his feelings. He might try to put them into neat and coherent sentences, but in the end, he’ll realize that it’s a lost battle and he’ll let his body express his passion and desire!

Venus is now almost on top of the North Node in his seventh house, it’s joined with Pallas exactly, and the acts of fatal and extreme passion and intensity during this week can be what leads to “sealing the deal” in his most important relationship.

The Scorpio man will finally give himself permission and freedom to accept the blessings from above, to love, and feel loved within a relationship. This is a crucial time for him and his self-development as well, be a sport and help him out if you see him struggling with finding the right words.

The beginning of the final week of June puts him in a more leveled headspace. He has proclaimed and exclaimed his raw emotions, expressed his passion, and sealed the deal. Now is the time of coming down from that emotion-induced high, and he is settling into his new (happy) reality.

Venus moves to Gemini, his eighth house, his passion will be expressed more verbally and intellectually, but kinks won’t be left out either – worry not.

At the end of the month, there’s a New Moon in Cancer, taking place in his ninth house of philosophy and overseas travel. This is, actually, a perfect time for a honeymoon or simply a romantic vacation somewhere on the seaside (I recommend history-rich and romantic Greece).

The Scorpio man will want to express his raw and honest emotions through his words and exhibitionist sex on faraway shores, so let him show you the time of your life by allowing him to fulfill both his and your desires. It’s a perfect time to be bold, brave, and an exhibitionist.

Read next: How To Have A Healthy Relationship With A Scorpio Man That Lasts!

June seems to be a month of destiny and good karma for the Scorpio man. He might struggle with it in the beginning, for like any fixed sign, he despises being out of control and letting things happen to him, instead of making things happen.

But Uranus and Pluto Retrograde will force him to learn his lessons wisely and to finally let go and let the positive changes take place. He’s going to battle his fears and paranoia during June, but then again, when is he not?

Neither of you will have much say in the events that’ll take place in June, but take solace in the fact that most of the events are good, and almost all of them are destined to happen, so don’t worry your pretty little heads with coulda-shoulda-woulda, and instead focus on the best, the good, and the better.

If you would love to know more and lay some fears of your assumptions to rest, find me here and book your own personal reading with me.

Until next time, my darlings!

One thought on “Scorpio Man Predictions For June 2022”