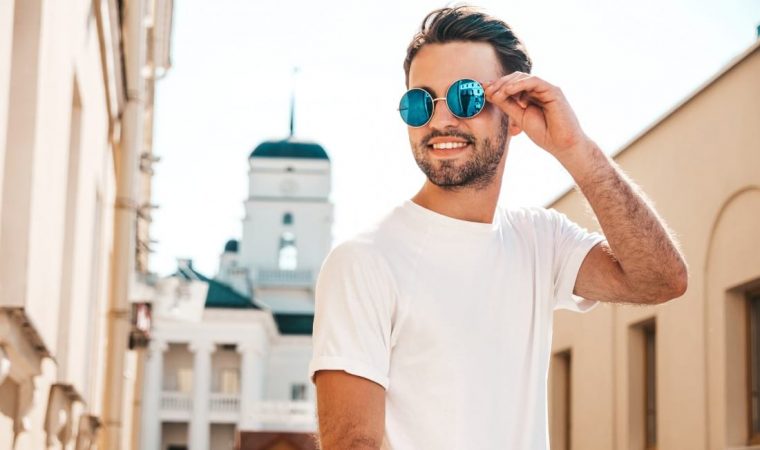 Hello my darlings, how are you? How was June, and how do you think July will turn out? We’re here to find out – so jump right in and let’s see what this summer month has in store for the Scorpio man…

The first week of July is sort of an interlude to what’s coming later on. The Scorpio man’s subconsciousness and his intuition are preparing him for the rocky ride that’s to come in the upcoming weeks, thanks to Mars in his seventh house.

The second week of July brings forth the powerful, changing energies of the Full Moon in Capricorn that conjuncts Pluto Retrograde – the Scorpio man’s ruler. This means that things connected with his way of thinking and expressing are going to change drastically and some old thought patterns have to be released. The less resistance he shows, the smoother and less violent the change.

The third week of July brings extreme changes to his love life and other people in his life in general, thanks to the combustive and unpredictable energies of Mars joined with the Moon, Uranus, and the North Node in his seventh house. The Full Moon residue is still present, so the Scorpio man indeed has a lot to process and go through during this week.

The fourth and final week of July brings a dash of fresh air as it welcomes new and positive energies into the Scorpio man’s life with the Leo New Moon in his tenth house of public image and career. His love life is still… let’s say “spicy,” and it is the time of major changes, so it’s best to try and remain cool-headed as much as possible.

I Dream, Therefore I Am Not

The first week of July puts the Scorpio man in a pensive mood. He will think (and feel) about his friends, his colleagues, and his dreams. His dreams will be very vivid and active during this time, and as such, he will be under the impression of his enhanced intuition.

He might feel “off” during this first week, but do not fret – he’s just contemplating and digesting all of the signs and messages he’s been receiving through his dreams and visions.

Your Scorpio guy might feel vulnerable during this time when it comes to his ego as Mars makes an exact opposition with his Ascendant, so he might feel threatened or attacked by his partner or love interest. He won’t say so out loud at first, thanks to Pluto Retrograde in steady Capricorn, but if he’s acting shy or detached, then there might be the issue that he’s not telling you.

There’s going to be a lot happening in his love life during July, this first week is just the prelude, the intro into what’s coming, so pay close attention to the energies and his reactions. Later in the month, when Mars conjuncts Uranus and the North Node, things will get tricky and explosive.

During the second week of July, the energies are building up for the crescendo – a Full Moon conjunct Pluto Retrograde in Capricorn. This is going to be felt by the Scorpio man intensely as his ruler is closely tied in this lunation.

He might be withdrawn and moody throughout the week, especially if he experiences some monetary issues as the Moon draws across his second house of finances. His love life is haunted by the ghosts from the past, or even worse – by his demons in the form of mistakes that he perceives are his fault.

This is a very internally rich and turbulent time for the Scorpio man – he has a lot to digest and heal – but most of it it’s his own internalized struggle and self-raised demons that don’t have a lot to do with the external reality.

This is a good time to excise those demons and doubts with physical intimacy and share honest and emotional conversations about each other and the feelings you have for each other. This Full Moon will change the Scorpio man’s perceptions of the way he communicates and the way he thinks, aka the way he perceives the world both seen and unseen around him.

The third week of July brings forth similar themes and changes as the week of the Full Moon. Only now, he is ready to incorporate and implement the changes he came to accept during the previous week.

What’s more, his love life is under a full-blown scorching light as Mars conjunct the Moon, Uranus, and the North Node in Taurus, in his seventh house! This is quite a shakeup, and the earth-shattering energies that are present are making him accept the changes within and about his relationships, whether he wants to or not.

He might be clinging to the South Node and his comfort zone during this time. It’s a perfect moment to do something that you’ve never done before, to go out into the world and see what you get back.

It’s crucial to remember for this week that the best manifestation is done from a place of ease and calm. It’s time for the Scorpio man to put his fears aside, to accept the changes and new things (and people) that are entering his life, and to move on with his new life as he would simply float down the ever-flowing river.

The fourth and final week of July brings forth a lovely New Moon in Leo, alongside Mercury, this puts a great emphasis on his career and public life. The Scorpio man should focus on the positive things and sides at this time, for there’s a big chance and lucky opportunity that can get him ahead in his professional sphere right now.

His love life is still under the “influence,” as Mars is getting ever closer to the steamy Uranus, and Uranus is almost exactly sitting on top of the North Node in Taurus. So now is the perfect time to let go of anything old and outdated that doesn’t serve a loving and fulfilling purpose in his life.

The Scorpio man’s mood should be balanced right now, but with him, you never know, so it would be best to just go with the flow and avoid provoking him or starting any difficult topics. Instead, it’s a great time to focus on the good things; the positive and the achievements you guys have had up to now.

Accepting what you cannot change and rejoicing for what you can (change), is the mantra for this final week of July for the Scorpio man. Love life is definitely spicy, if not peaceful and calm, and there’s a lot of passion and sensual energy to go around. Just remember – safety first and pleasure second.

This summer is definitely turning out to be quite… hot for the Scorpio man. This Uranus-North Node business in his seventh house is enough to make his whole head explode with sudden and unpredicted changes…

And, on top of that, there’s this very intense Full Moon conjunct Pluto in his third house, and his ninth house is also affected, so to him, it might feel like he’s running out of places to hide and feel peace.

It’s a very intense time for his love life and his sex life, so make sure to be honest and forthcoming with him, but remember to stand your ground and defend your own if need be.

Some of these transits are going to feel different for individuals than I have explained here. While generally accurate, these predictions don’t reflect the entire depth of information found within your partner or love interest’s Birth Chart.