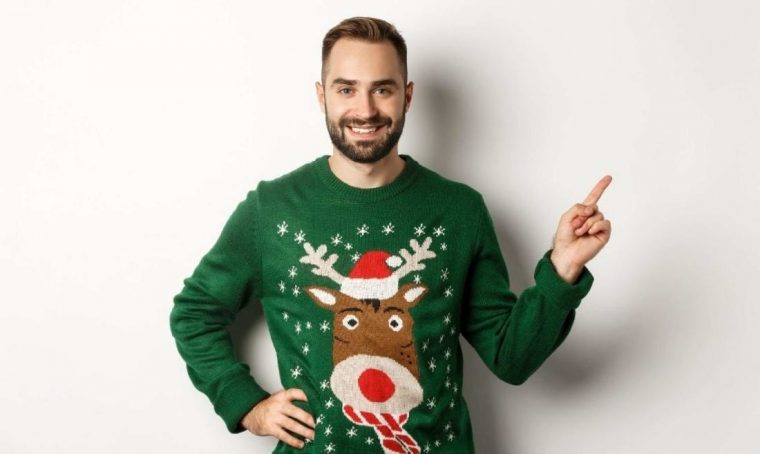 Hello, my darlings! How’s the new energy of 2022 for you? Today we are going to go through predictions for the Scorpio man’s first month of 2022, and you’re invited to come along!

The New Moon marks a new chapter in the Scorpio man’s love life. Jupiter has moved to Pisces, his fifth house of romance, fun, and pleasure, and it opens doors for many love possibilities and interesting activities that include pleasure. Get ready to rumble!

The first trimester puts an accent on his health, short travel, and communication. His wallet is in danger of overstepping his budget, but he’s a Scorpio, he’ll manage, no doubt about it. Investing time in mutual health(y) activities is a wise decision at this time.

The Full Moon creates an opening for a long journey and taking a step back from mundane stress. This opening aligns nicely with the activation of his fifth house, and Jupiter might just spare enough luck for the Scorpio man so that he doesn’t go alone on his travels.

The end of the month sets the (romantic) stage for the months to come. He’s just getting serious, but don’t let that fool you. There’s no easing up or slowing down in his mind, and once he has intentions set there’s nothing that can stop him from manifesting it. Get ready!

At the beginning of the month, along with the New Moon in Capricorn, the Scorpio man’s mood will be mostly balanced. His focus will be on finances, communication, family, and fun.

Mars, his co-ruler, is in Sagittarius in his second house, and Mars feels optimistic in Sagittarius; this makes him open to new opportunities and ways of income. He will be force-driven and up to any challenges that might arise during this time.

His second ruler, Pluto, is in Capricorn in his third house, and there it conjuncts Venus Rx and Mercury in Aquarius. What’s more, both luminaries are there as well. His need for communication and short trips will be at an all-time high.

Don’t be surprised if you notice his online presence has increased and he is more active on social media. That’s because the dispositor of his third house, Saturn, is in Aquarius, and Mercury is on 0th degree as well, so he’ll be up and about that virtual space more than ever.

The great news is that his fifth house is lit up like a Christmas tree thanks to Jupiter moving to Pisces for good this year, and it happens to be on 0th degree marking new (romantic) beginnings and opening the doors for sensual pleasures for the Scorpio man.

On the 9th of January, the Moon illuminates the Scorpio man’s sixth house, coupled with its dispositor, Mars, in Sagittarius conjunct Vertex, he’ll be asked to reevaluate his health choices and to pay more attention to his lifestyle.

He’ll be prompted to start a cleanse after all the New Year’s festivities, to pay attention to his liver, kidneys, and bladder. The great thing is that you can suggest this detoxifying cleanse to him, or you can go on this diet together. You can keep each other strong and have shared motivation.

Uranus, Fortune, Ceres, and very soon, the North Node too will all be coupled in Taurus, his seventh house of love and marriage. This is a fair indication that he will soon begin to ponder more serious aspects of his love life.

The Scorpio man will want to get serious and committed, and this lunation in Aries can serve as an opportunity to show him what you’re made of through your power of will, dedication, and commitment.

He might spend more money than he planned on spending during this time. The money can go on his siblings, short trips, and buying a new car or laptop. He might ask for company while engaging in these activities, it’s a good moment to have some relaxed, constructive time together.

The Scorpio man’s health will be unstable at this time, especially his lymphoid system and arteries in the lower extremities. It would be wise of him if he takes extra care and time to invest in his health and overall immune system. Spending time at a hot spring or on the mountainside can be very beneficial for him, just food for thought.

Although his third house is packed during this time, all the indicators for a health trip are there. Good activity idea could be if you could go on that trip together. What’s more, his career will flourish in the near future if he makes the time for his health right now.

The Scorpio man’s third house is still receiving proper action with Jupiter on Cancer degree and the Full Moon happening in Cancer, there’s a lot of emotion to go around. It will be very good to tie any trips to romance at this point in time.

His fourth house is also very active, Saturn conjuncts part of Fortune, and Mercury is moving away from Saturn – backward. So, it’s very possible that there’ll be some miscommunication happening within his family and home.

Indeed, all aspects are pointing towards travel and how beneficial will it be for him at this moment in time.

The end of the month pulls the entire focus to his third, fourth, and fifth houses. This means that he will be neck-deep in communication with his siblings, neighbors, close relatives, and childhood friends.

The Scorpio man will come back home and he will spend time with his family gladly, because Saturn, empowered by both luminaries, demands it. The time out did him good, thus his brainpower and verbal agility allow him to push before it comes to shove, and he’ll hold most of the reins in his hands.

His fifth and seventh houses aren’t forgotten either! Jupiter moved to a partnership degree in Pisces and it’s putting a lot of focus on romance and fun. Knowing him and current aspects, he’ll make it work and with ease, he’s the king of multitasking right now. This transit suits him.

The Scorpio man’s tenth house is seeing action again – the North Node conjuncts Ceres in Taurus, and Uranus is not retrograde anymore, so his thoughts are turning towards long-term relations and situations.

He’s more romantically inclined at this time, and he’ll want to spend time together, especially enjoying intimate nights in front of the TV, playing video games together, having solemn walks on the beach, and watching sunsets.

Read next: 7 Reasons Why Women Fall In Love With Scorpio Men

There it is, the first month of the new year predicted, my darlings, and I hope you enjoyed it. Don’t forget to leave your feedback in the comments below and share your experiences with Scorpio man.

Some of these transits are going to feel different for individuals than I have explained here. While generally accurate, these predictions don’t reflect the entire depth of information found within your partner or love interest’s birth chart.

Stay healthy, stay well, and stay sparkling, until next time!

5 Questions To Ask A Scorpio Man

3 Safe Ways To Tell A Scorpio Man How You Feel

What Type Of Woman Does A Scorpio Man Prefer Physically?

How To Show Love To Your Scorpio Man

Ignoring A Scorpio Man – Does It Work?

How A Scorpio Man Shows His Love