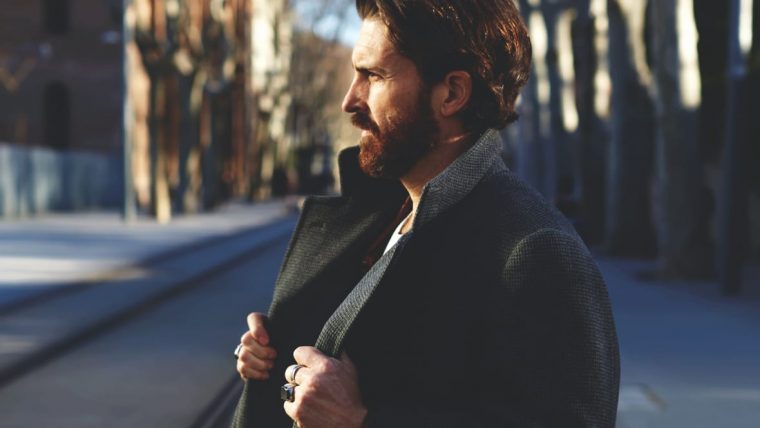 Hello darlings, how are you? I know you are well, so let’s just cut to the chase – the Scorpio man horoscope for the final month of 2021 commences now!

The beginning of the month finds the Scorpio man in a very powerful and productive mood. He’s feeling empowered and spicy – he’ll want it all, especially to spend time with his love interest or partner. And the money coming his way will be great, too. Nothing puts a Scorpio in a better mood than a good amount of money!

Midmonth puts him in a spending mode. The Scorpio man won’t be particularly happy about that, but he must, so he’ll do what needs to be done. The focus is more on his finances and health at this time, but he will put an effort to prove to his lady that she’s on his mind, too.

The Full Moon will draw out his wildling from within. He will be extra-charged and ready to roll! A steamy date that seems light in nature will turn into a serious and in-depth experience for both him and his partner or love interest. Fun times are ahead!

The end of the month (and the year) will be a blast for the Scorpio man. Good times and good news await him. He’s in a romantic and pleasurable mood, and he’ll make an excellent festive atmosphere, as well as the “after-party.”

The beginning of the month puts the Scorpio man in a good mood, a good mood indeed. Mars is roaming (still) through his first house of self, and it feels really good there.

The exact opposition between Mars in his first house and Rx Uranus in his seventh house has passed, so he feels energized and rejuvenated again. He’s ready for action and passion, so ladies, be prepared!

What’s more, Mars makes a nice aspect with Neptune in Pisces in his fifth house, so this entire caboodle puts him in a very kinky and passionate mood. He really is ready to “party” and parlay with his ladies. And of course, it’s plural – the Scorpio man is even a bigger player than a Libra man. This guy has an insatiable appetite!

The New Moon on the 4th brings extra money as well, especially if his job has something to do with speaking or selling. It’s going to rain for him, and he will be in a positive and festive mood.

This is an excellent moment for dates that take place near water. Even a simple romantic bath together with some essential oils will feel as magical as being in the Maldives!

He will be strong and persistent in his affections, and he will insist on spending time together and having dates that involve a lot of soul searching and deep conversations. Fun, fun, fun!

The middle of the month sets a bit of a different scene for the Scorpio man’s romantic life. His entire focus shifts to his finances and health. It’s time for a yearly check-up and a date with his accountant.

A visit to the doctor may take a bigger chunk of money out of his account than he expected, but that doesn’t matter as long as the results are good.

He will likely have a short trip about this time, probably connected to his job. In short – it’s not a pleasure trip, strictly business.

He will seek out his love interest or partner’s attention. It might not be in person, but he will send some nudes and spicy texts, which will keep her wanting. At least, that’s his logic! The stars say there’s no room for romantic misunderstandings and love quarrels during this time.

All is well on his love front, he’s just busier than usual because it’s the end of the year. But his heart and the back of his mind always go back to that special someone, be sure of that.

He might get worried about his earnings due to the holiday shopping, but if someone knows how to find good sales and save money while spending it – it’s Scorpio man, no doubt.

The Full Moon on the 19th draws his attention to his eighth house, and he will be on fire! There’s a lot of steamy thoughts and raw passion lurking inside of him now.

Expect him to call you out on dates and to bombard you with messages. He wants your attention, and he will do anything to get it. The invite will come out as something light and intellectual.

He may call you out to a play or a party that has good nostalgic music. He’s aiming for the heart, so he will come prepared to take you by surprise and to make you his own. Even if you’ve been dating for a very long time, he’ll make this lunation special, trust me!

On other fronts, if you two haven’t been an item for long, he will make sure that his feelings and thoughts are known. His communication will go even deeper (and perhaps darker), as he professes his emotions during this Full Moon.

This is a very intense and emotionally charged moon for the Scorpio man, and he will handle it like a pro. After all, he is born out of those Plutonic fires, so he knows his way in the dark and hot ambiance of human emotions.

The end of the month and the year draws his attention to his finances and his dating life! There’s luck waiting for him where his money is concerned, and he also did something with his body, something good that makes him even more desirable.

Jupiter finally made its way back to Pisces and his fifth house, and that means that romance and kinky things are about to get steamy! He’ll be very romantic, very passionate during this time. And it’s just in time for New Year’s Eve, so the celebration is bound to get steamy and have a very happy ending. My, oh my…

There’s also a short trip in the stars, and it’s very possible that he will send an invite to his special someone, and prepare a nice surprise for New Year’s Eve, just out of the border of the city. Somewhere cozy and idyllic.

There are still some things that he’ll be expected to sort out in his home and family life, but he’s taking it slow and giving himself time, which is a wise move at this time. Pleasure first, obligations later.

If we’re looking at the final day and eve of 2021 for the Scorpio man, then some really nice things await him and his loved ones in the coming 2022. It’s going to be very good, and quite romantic.

Read next: 7 Ways To Tell If A Scorpio Man (Still) Has Feelings For You

Well, there you have it, darlings. Good news is always great news, right? I’m so glad that Scorpio man has such great cards laid out for him in the coming months.

Some of these transits are going to feel different for individuals than I have explained here. While generally accurate, these predictions don’t reflect the entire depth of information found within your partner or love interest’s birth chart.