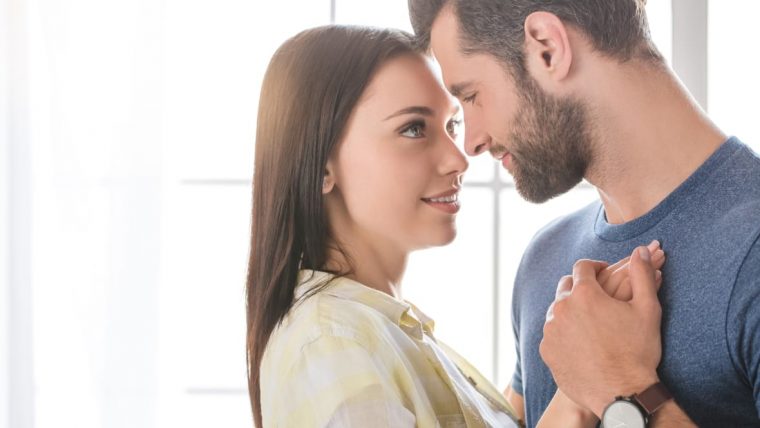 Hello, my dears! The Scorpio season is in full bloom, and we delve ever deeper to see what awaits Scorpio man in November. So, let’s get right into it!

The beginning of the month will set the tone for the next 30 days for the Scorpio man. The time has come for him to be under the spotlight, whereas his love interest or partner must fall back into the supporting role. Good news comes in the form of an increased income and some long-awaited shopping.

The New Moon will draw his Dr. Jekyll and Mr. Hyde to the surface. Like a vampire from a cave, he’ll become exposed to the sunlight and he won’t be happy about it. But, same as the creature from the legend, he will either rise above his primal nature or fall prey to it. There won’t be any in-between, as there rarely is with this Pluto-ruled man.

The middle of the month will present a good chance for a date on or nearby the water. If he decides to open up, a sensitive conversation full of emotional discoveries will likely take place.

This Full Moon Eclipse in Taurus in his seventh house will have explosive effects — and the energies will be wild. Due to all interstellar influences, it would be best to stay out of each other’s way during this time and for you to lay low. The Scorpio man will likely be the sign that has it the worst during this lunation.

The end of the month is far from a full-blown release of tension, but it is a start. The worst has come to pass, and now it’s time to rebuild and work on what’s left. The Scorpio man has had the most turbulent month thus far. December is looking better, but there’s still work to do…

Blinded By The Light

November starts off with a bang for the Scorpio man, as both the Sun and Mars are highlighting his rising house. Both of them oppose Rx Uranus in his seventh house of marriage and long-lasting love.

This means that during November he’s going to be more focused on himself and his own needs. And he won’t be nice about it. But this also means that he’ll be very aroused most of the month.

Alas, November is not going to be an active month for love matters for the Scorpio man. The clouds are finally clearing and his glow will shine after the passing storm, and he’ll actually feel quite uncomfortable about it. As we all know, Scorpios don’t like to be at the center of attention; they prefer to operate from the shadows.

Mercury is highlighting his twelfth house of dreams and inner fears, and that combined with the unwanted attention can create a karmic story in his eighth house can send his mood plunging into a paranoid spiral.

The good thing is, he will have vitality and strength for all challenges that come crashing down on him at the beginning of the month. His ruler, Pluto, conjuncts the Terebellum fixed star from the Sagittarius constellation, and this influence will give him the strength to focus on clearing up his inner fears and jealousy.

The Scorpio man will be exceptionally productive and busy at the beginning of the month. His second house of income will be highlighted with a good influx of money and material possessions that he’s had his eye on for some time now.

It would be a good moment for going shopping with your Scorpio man, and for allowing the focus to shift to him. He should be at the forefront as it is his time to shine, so his love interest or partner should fall into the background role for now.

The New Moon holds very disruptive and transformative energy for the Scorpio man. His rising house becomes highlighted, and both the Sun and Moon conjunct Alphecca, a fixed star from the Corona Borealis constellations.

This is the kind of influence that will bring the possibility of a scandal to the Scorpio man’s life that connects to adultery, and the ruin through a love affair. Make no mistake, he will be romantically inclined and quite aroused. But his lack of self-control and control of the head over the heart is what might have landed him in this type of mess in the first place.

This lunation will cast a light on some matters he’s been hiding, too. And those matters concern his sexual health. He might suffer a lower-spine injury and a plummet in the immune system. It’s crucial for him to remain cautious and use sound reason during this time, to prevent any further deterioration of his health.

This New Moon doesn’t have a beneficial effect on the Scorpio man’s life, at least not in the long run. And decisions and choices made during this time can come back to haunt him in the future. This goes for his love interest or partner as well. I advise caution during this New Moon and safe sex is a must.

On a lighter note, the Scorpio man will feel the drive to use this lunation for the deeper exploration of his own sexuality and fetishes, and he might experience disruptive effects in his long-term relationships due to this.

It’s definitely a time of change for the Scorpio man — and big changes at that. Whether it is for better or for worse remains to be seen, based on his choices and how well he holds control over himself when the urges overtake him.

The middle of the month will shine a light on relationship conversations. The Scorpio man will struggle to see the opposite point of view, and his words might sting. This could lead to falling out with his love interest or partner.

The woman’s archetype is exceptionally strong during this transit in his chart, and he is being tested on whether he is worthy of the love he is receiving through his love interest or partner. The Scorpio man is being tested for his tolerance and empathy towards those that love him the most.

He will likely experience stomach and colon problems during this time, due to the lunar transit over his sixth house of health, as well as the North Node’s position in his eighth house.

He will have a short burst of luck regarding his career, and his finances will see some enhancement. Despite it all, luck seems to follow him around; like he’s a money magnet!

During these days, he will feel challenged to reevaluate his approach to his loved ones, and the opportunity to test his mettle will show up in the form of a romantic date near or on water.

If he rises in his vibration, the date should go perfectly, for there is a good opportunity for him to show kindness through emotional words and a sensitive approach, especially if he opens up about his own emotions.

No Salvation For The Wicked

The Full Moon Eclipse in Taurus in his seventh house shines a scorching hot light on his field of long-term relationships and committed love. What’s more, the Moon conjuncts Algol, the most maleficent star in the sky, and North Node that is in his eighth house of taboos, secrets, fetishes, and sex. Uranus Rx conjuncts Vertex, and this entire “party” will make or break his relationship with the one he cares about most.

This Eclipse activates a very explosive opposition between Mars and Uranus, which creates an unexpected lashing out in a volatile manner. Either he will act out and “jump the gun” on his love interest or partner for something in the past, or he will be attacked for his earlier behavior and lack of impulse control.

I think that the Scorpio man has it the toughest this November, as many other Zodiac signs are not having the time of their life, but the Scorpio man’s stars surpass them all. The best advice for this Eclipse is to try to remain calm, but also know that whatever goes down at this time needed to happen, for such was fate.

This is the time of great learning and integration of powerful life lessons for the Scorpio man. Alas, not every month can be all rainbows and sunshine with perfect chances for rosy dates and romantic walks.

This Full Moon actually advises against excessive anger on both sides of the fence; the Scorpio man should stay cautious against hurting his neck in the fit of anger, and his love interest or partner could end up with a head injury from an accident caused by explosive emotions.

It’s best to stay low and separate during this time.

The hurricane is over, but what we do now is what matters…

The end of the month sees that the Scorpio man cools off. The influence of the scorching hot light that he is so unused to will move to his second house of income, and the only remaining planet in his rising house will be Mars.

The storm is over, the time of rebuilding and healing has come. The Scorpio man needs to take extra care of both his temper and his health right now. Mint tea is highly recommended, and turning inwards like only Scorpio can. He needs to digest everything that has happened, as well as all of the changes that have ensued in his life in the last couple of weeks.

His dreams will be vivid during this time, and he’ll dream of making up with his love interest or partner. He’ll have to try his best to salvage the bits that can be saved, but stars are propitious towards his love life now.

It’s a good time to work on a building project together; something that can bring benefit in the future, and something that requires both parties to participate equally. The things he does now with his love interest or partner will set the foundation of what’s to come.

Behaving responsibly and like adults is what’s most important now. It’s still not a good time for leisure dates and pastime activates. Instead, the Scorpio man should focus on resolving any residue or confusion in a calm, eloquent, and diplomatic way.

This is a good time for serious talks, making amends, and refining the crude edges of a relationship. Sending letters or communicating through written messages might be a better choice right now. Either way, the worst has passed, and now it’s time to rebuild in the upcoming days.

Read next: 7 Ways To Get A Scorpio Man To Open Up And Share His Feelings With You

Phew, what a ride, right?! This was something, and hopefully all of you reading this will come out on top once the end of November comes!

If you’re in doubt about your relationship with a Scorpio man or are looking for more specific guidance in love, then it’s time to check out my special offer. I’m providing my lovely readers with VIP consultation where I can answer all your personal questions in love and life.

Stay safe my darlings and happy end of the Scorpio seasons. Until next time…