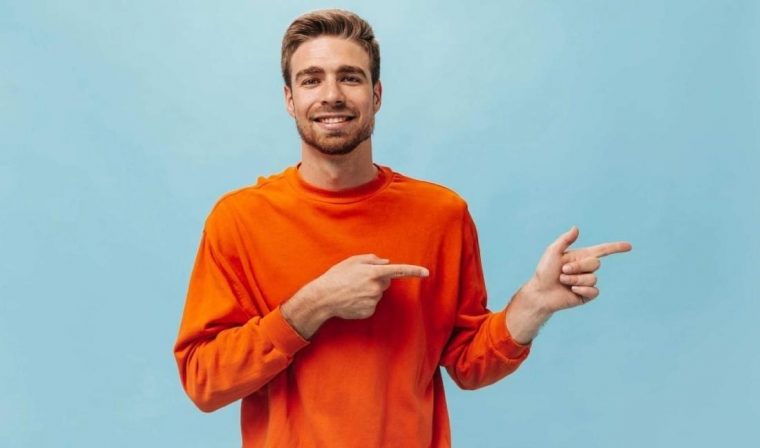 Hi there, my darlings. How are thou, dark highnesses? Majestic and mysterious, I hope… Prepare for the Scorpio man’s predictions for the month of spring and delve deep into it with me. Let’s go!

The beginning of the month opens up a new door to the Scorpio man’s heart. The cosmic conditions are just right for entering his heart and the inner, dark kingdom at the big door. Be forthright, open, and direct in your advances, and you’ll likely be rewarded. If he acts first – go for it and say yes to his date ideas, no matter how odd they may sound.

The first Half-Moon will bring a lot of exciting dates and occurrences with the Scorpio man. His mind will be romantically active and devious, he’ll find loads of fun in conceiving out-of-your-comfort-zone dates and testing your boundaries. If you are gutsier than him, then you can surprise him and be the one who’ll suggest something out of the ordinary and wild for your date.

The Full Moon brings a highly charged voltage to his romantic life. But this lunation doesn’t accentuate just his fifth house, but also his eleventh and fourth. There’s a lot going on in his personal life during this transit (temper clash is not excluded) but all’s well that ends well – keep that in mind, especially if it’s resolved in a grown-up and healthy manner.

The end of the month brings karmic events to his household and family life. There are drastic changes at his job or workplace, and he is overloaded with mental and stressful impute. Make your stand and support known through direct approach and messages, but leave him be and give him space during this transit.

Wow, what an intro to March for the Scorpio man! His ruler and co-ruler, Pluto and Mars, are in a tight embrace with Venus and Vesta in Capricorn, in his third house of communication and short travel.

The New Moon conjuncts the Sun and Jupiter in Pisces, his fifth house of flirting, fun, and flesh pleasure, and Uranus is rocking his seventh house together with the North Node. The South Node, then, taking place in his first house of self. My, oh my… what a transit chart we have before our eyes…

This means that the Scorpio man will suggest some deep-altering dates and states of mind, especially when romance is concerned. His libido will be at an all-time high, and you can expect not just emotional and mental kinkiness, but also some very spicy and juicy bed exhibitions as well.

It’s very possible that he will suggest interesting date topics like tantric seminars and retreats, taking a deep dive into your past lives and both your innermost feelings and trauma healings through – you guessed it – sacred sex rituals.

It’s a very interesting point in time for the Scorpio man’s love life, and he is bound to be more sensually and romantically active than he has been in the previous months. You should make use of that, it would be very wise.

If you make the first move during this time, you can expect to be bountifully awarded. The Scorpio man will appreciate your advances, bravery and honesty, and your willingness to be open about your feelings and desires.

The first Half-Moon on March 10th activates the Scorpio man’s fifth house transit placements. Thanks to Mercury moving into Pisces, and Jupiter conjuncting both the Sun and Neptune, the Scorpio man will be prone to some grand, romantic gestures and sweet words.

Flowers, chocolates, rose petals on the bed, and scented candles type of grand gestures. Mars, his co-ruler, has slowly separated from his ruler Pluto, but not from Venus – the planet of love, romance, and sensuality. Both of them are now in Aquarius, his fourth house, thus, his home matters and family life will be active during this time.

The Moon conjuncts Lilith in his eighth house, so his mind will devise many plans for how to get the object of his affection to subdue him and his powerful desires. He will be very intelligent and witty about it.

The Full Moon will activate the Scorpio man’s eleventh, fifth, and fourth houses. This means that some friction is to be expected in his romantic endeavors, which can include his friends, and be further instigated with work and family matters.

Thanks to Fortune, he’ll have some luck in short travel and communication, but insomnia is going to be strong the two days prior and after the Full Moon, and he’ll have his hands full with work-related things.

Believe it or not, it’s a very good time to resolve things in a heated and blunt manner. The Scorpio man’s temper might flare up, but if you give it to him straight and to his face, put him in his place (and rightfully so), his respect for you might grow.

We don’t shy away from conflict in this community, as long as it’s healthy and it resolves issues – then it’s good to face it, rather than scurry away from it.

Keep that in mind during this transit and be brave if there are some issues that need resolving. If not, then, by all means, do enjoy his hot and bothered mood. It’s never a bad thing when the Scorpio man decides to resolve his inner frustration and anger through romantically colored outlets and with the tender support of his partner or love interest.

There we have the Moon, Mercury, and the Sun in a tight embrace in Aries – his sixth house of work and health. This means that his mind will be preoccupied with work-related struggles. Some new beginnings are unavoidable.

What’s more, he might switch jobs at this point in time, he should be mindful of his blood pressure as frequent nosebleeds are to be expected during this time.

His fourth house is fully activated through the Mars-Saturn-Juno-Venus conjunction in Aquarius. This means that his home life will suffer some karmic events and his emotions will be drained due to that. The Scorpio man will be forced to focus on resolving his family matters.

His emotions might turn cold at this point due to all the stress he’ll be exposed to at his job and at his home.

A good idea for this transit is to give him time and space to deal with his problems on his own, as he prefers, but also to make your thoughts and support for him known through small gestures of kindness and texts. Once again, your bravery and direct approach will be rewarded.

There you have it my darlings, I hope you find this prediction very useful. It’s a productive guide for handling your Dark King during the month of March.

Stay safe, have fun, and be positive; March is a promising month and it brings good things to those who have done good in the past. And to those who haven’t… well, it’s never too late to start fighting for the higher cause.

I write these articles so that they apply to everyone who is with a Scorpio man. While generally correct, you could be feeling as if your specific situation was overlooked. I won’t have my dear readers left feeling this way without guidance.

I pride myself on my connection with my audience. I never want you to finish here feeling like you didn’t receive enough help in your relationship.

I created the VIP Consultation services in order to find those that need my one on one, personalized attention. It’s a way for me to get to know you and for you to gain personalized insight into your relationship.

Wishing you love and light on your journey this month with your loved one.