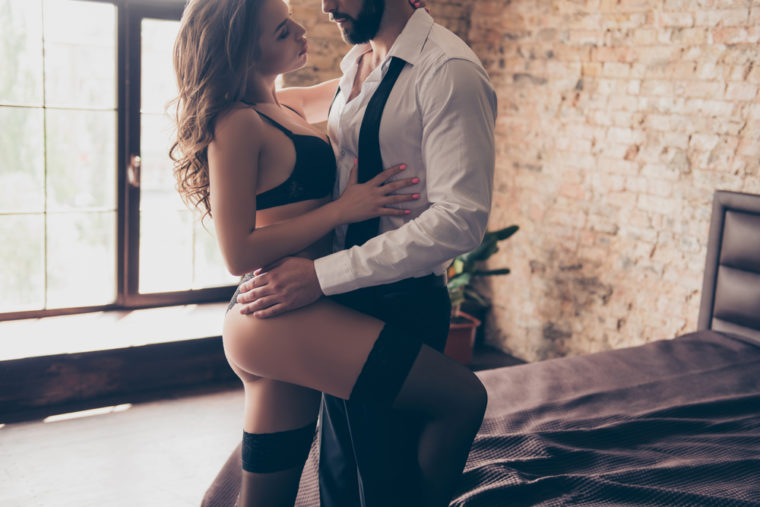 Scorpio Man and Gemini Woman in Bed: A Good Fit or Not Really?

Not the Best Sexual Match

These two people are so very different. If these two engage in a “friends with benefits” type of arrangement, sex may be a fun experience for them both but not likely to be deeply fulfilling.

It’s not impossible for these two but Gemini woman is open to things that Scorpio man isn’t. She wants lots of excitement and adventure but he wants to keep it tried and true with his partner.

I’m not saying he won’t embrace new things but probably not at the rate that the Gemini woman would want in order to sustain newness or excitement that she needs to fulfill her desires.

When Scorpio man isn’t “bringing it” to the Gemini woman, she may fake orgasms or make it seem that’s she’s truly enjoying it when perhaps she isn’t enjoying it at all. She doesn’t want him to feel bad though.

Scorpio man will emotionally be able to pick up on it if she does it one too many times. He knows authenticity and Gemini has a way of trying to pull the wool over his eyes.

As a Gemini woman, you should always try to be honest with him. If he isn’t hitting the right spot or there is something else you’d like him to do, tell him. Don’t worry that he’ll be offended or hurt.

He might be but if he really cares for you and wants to please you, he will give it some thought, calm down, and probably give it a try to see how it works out for the two of you.

Both partners have to be open to their differences or it causes strife and makes sex far less enjoyable.

Scorpio men are very deep and tie sex and emotions together. There is exception to this rule if he’s just playing around. If he’s trying to have a committed relationship however, he will want more depth.

Gemini woman is airy and tends to not be as “tuned” in emotionally when it comes to sex which will make Scorpio man feel as though it doesn’t mean much to her when they are intimate.

The Gemini lady is driven by her planet Mercury. This is a planet that focuses more on thought and rationale. This could be a problem for the Scorpio man who is driven by Pluto and Mars.

He’s one for action and fantasies. Gemini woman is more cerebral. So you see how the two are imbalanced? If they really want to be together, they can actually form a bond by teaching each other both sides.

It’s a matter of whether these two are willing to learn each other enough to be intimate or not. If they’re just having a fling, they may not think too much about it and Scorpio will just want to get his grove on and check out.

If that’s all that you want then it should be alright. Friends with benefits may work nicely too because the expectations from both sides are not there thus allowing both partners to get off and walk away.

However, if you as a Gemini woman want to land a Scorpio man to commit to you and have unbelievable sex, you’re going to have to work with him and understand his side of this.

He will also have to accept you for who you are. That may be hard to do because Scorpio men are untrusting right out of the gate therefore may not trust you enough to know that you spending time away from him is alright.

When he cannot trust, he tends to close himself off and thus the sex become less and less, if it happens at all. Some Scorpio men will cut a woman off in bed if he feels there is a big problem.

In all honesty, whether or not these two will hit it off sexually will really depend on how attracted they are to each other. If they seem to have a spark from the get go then perhaps sex will be fulfilling enough for them to explore more.

However, they could also get really excited about each other but once sex happens, they decide it’s not at all what they wanted and will move on from each other.

Neither are good at holding onto someone who they do not feel chemistry or wholeness with.  It really could go either way depending on each individual couple. Some may find the sex to be out of this world while some think it’s dull.

Both parties have to be totally into each other otherwise it will lack passion and if it’s lacking, it won’t end up going very well. Again, first meeting and excited, it might be dynamite.

If they dated first and then decided to have sex, they may find it lacks the passion and luster that they’re looking for thus they end up actually calling it quits. Then again, their love may override how they feel in bed.

If they love each other enough, sex may not be the most important thing in their lives and they find middle ground to agree on. They may not feel fulfilled for the long term, however.

The sex is going to depend vastly on each individual and how they operate, how they see life, how attracted they are to the other, and whether or not there is any other spark there.

Being friends with benefits may give them a taste of what it might be like. If they decide to have an actual relationship, they will start encountering issues that they’d really have to work on.