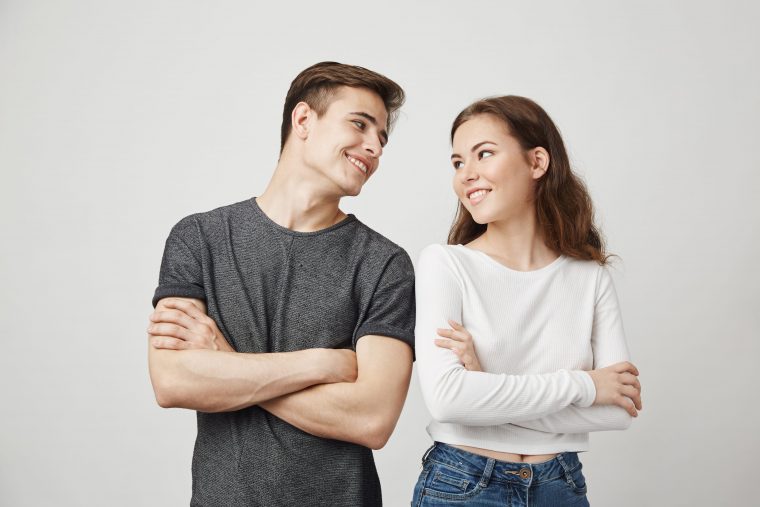 If you’re getting hitched to a Scorpio man (or hoping to!), you’re no doubt imagining what married life with him will be like. This is one guy that will consume you, heart and soul, and leave you breathless for more! This deep, intense, and sensitive sign takes married life very seriously. Here’s what else you need to know…

You can count yourself one of the lucky ones if you’ve married — or are soon to marry — a wonderful Scorpio man!

This is a fixed sign, so these men are consistent, reliable, committed, and faithful. They have the well-deserved reputation for being the sexiest sign in the Zodiac.

This is a man who oozes charm and sex appeal, and it’s easy to have eyes only for him. Sure, he has his dark side too — in my experience as a relationship astrologer, Scorpio men can be vengeful, jealous, and manipulative, but that’s only when they are wounded, and it doesn’t apply to all Scorpios by any means.

More often, this man is very gentle, tender, and intuitive. He’s capable of being a caring father and a loyal husband, and he’ll make sure there is always depth in your married life. Being hitched to a Scorpio man feels safe and oh-so-secure!

Still, it helps to know what else you may be in for. Here’s my list of the essential things you need to know when you tie the knot to a Scorpio!

1. He Is Completely Loyal to You

Even though it may seem to you as if the Scorpio man has women falling all over him, he will resist the pull and be loyal to only you. Yes, he has his sexually magnetic side, but because he has such a fear of being cheated on, he will never do it to you.

Loyalty for a Scorpio not only means avoiding the temptation to be unfaithful — it also means that he’s got your back. He’s on your team, and even though sometimes you may feel like you’re in a power struggle, he really has your best interests at heart.

This is a husband who will help you fight your battles and believe in you when no one else seems to. He’ll always choose you above everyone else. What woman doesn’t want a man like that at her side?

If you’ve ever seen a picture or video of a real scorpion, then you’ll instantly see the similarity to the Scorpio star sign.

Both of these creatures have a tough exterior and a stinging tail for defending themselves. However, if you look beneath their hard shell, they actually have a very soft underbelly.

And when you’re the woman married to the Scorpio man, you get to see that underbelly all the time! He is super-sensitive and tender with his partner, and all of that bite is actually just a cover-up for the soft soul inside.

You, as his wife, are privileged to see that part of him, and your responsibility will be to never give him a reason to think you are his enemy. Because if you do, you might get stung!

Scorpio men are extreme. There’s just no two ways about it. For the typical Scorpio, life and love are black and white. You’re either in wholeheartedly or out completely. As his wife, it’s the former, which means that he will give his absolute all to your marriage.

There will be struggles at times, struggles of who has the “power,” but at the end of the day, he is totally dedicated to his commitment to you, and you can trust that that will never change. Unless, of course, you betray him. In that case, you have a sworn enemy on your hands. Speaking of which…

Scorpio men seem so strong. And they are strong, but at the very deepest part of their sensitive souls, your Scorpio man has an absolute terror that you will betray him or abandon him in some way.

The most common manifestation of this fear is projecting infidelity onto you. A Scorpio man can be very suspicious of your male friends, though he may never show it. Revealing this fear means giving you a bit too much power over him, so you’ll have to be wise to the signs!

It helps if you can prove to him how reliable, committed, faithful, and loyal you are. The more you show you can be trusted, the more at ease he becomes, and that fear slowly becomes dimmer, even if it never really goes away completely.

Because the Scorpio man is so scared you’re going to leave him, he will tend to have a bit of a jealous, possessive side to him. Again, he may not always show this, but you can be fairly sure he’s paranoid about you being attracted to someone else.

Some Scorpio husbands can be a little controlling, but not all. You can always nip it in the bud by making sure to lay down some boundaries and show him that he is your number one man.

Scorpio men have a very dark side to them. And this doesn’t have to be scary at all – in fact, it can be really sexy. A dark side means that he may have all kinds of sexual kinks, or secret desires that he only explores with you!

A dark side might mean that he’s into crime and investigation shows, or maybe he has a fascination with death or anything taboo or occult.

Life is definitely far more exciting with a Scorpio man, as he adds a much-needed dimension and depth to an otherwise boring married life!

Let your Scorpio husband be your guide into exploring – and accepting – your own shadow side!

7. He Needs to Be in Control

Scorpio men just hate being out of control. This means that they struggle to accept change, to let go and to be the one life is “happening to.” They need to have an upper hand, which can be both sexy and tiring, sometimes!

If you are someone who needs the same from life, you may have a few problems. In the end, you’ll probably end up learning how to adapt, or at least let him think he’s the boss.

It can be irritating to have a control freak in the home, but at the core, it’s simply a fear of change. And, when the Scorpio men finally does release control, he always evolves and up-levels. He can be an inspiration to watch!

Are you married to a powerful and intense Scorpio man? Are you planning to get married to one? What have you realized about being married to him, or what are you looking forward to? I’d love to know your story!

If you’d like to know more about the Scorpio man, check out my blog: