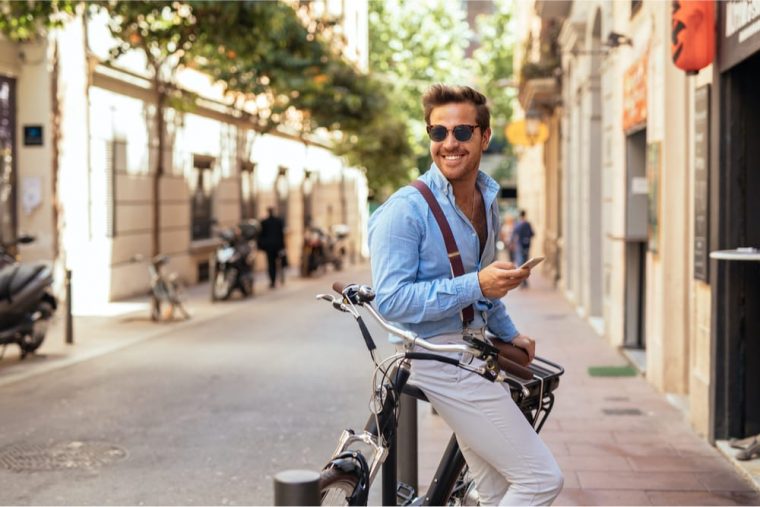 Scorpio men are very private and aren’t very vocal about what they want. They prefer to wait for women to figure them out with time and patience. It’s no fun to guess at what is going on with him!

But there are important things that every Scorpio man wants. Keep reading to delve deep into his psyche and figure out how to capture his heart for good!

So what does a Scorpio man want? That may seem like a complicated question—but not quite as complicated as you might think.

1. He Wants the Control

This isn’t something that Scorpio men really want you to know, but eventually you end up figuring it out anyway. The truth is, he doesn’t trust anyone, and he feels that he has to keep everything in order.

This includes being the “boss” in his relationship. He will not be controlled by anyone else. He needs a partner who is a bit more on the submissive side. He does really well with other water signs for this reason.

He is also this way when it comes to the bedroom. He wants to be the initiator and the one that takes control sexually. You need not worry—he knows what he is doing and will bring you much pleasure!

You also need to know that he may try to dictate what you can or cannot do with him. That takes a bit of compromising.

Don’t be afraid to tell him you’re not going to be told what to do either. Some things you can have wiggle room with and some things you should never let him win on. You’ll have to decide what is worth the battle.

He can be a control freak, but with a woman who has the right temperament, he will be able to adjust and understand it’s alright if he doesn’t have control all the time.

The Scorpio man wants a woman who isn’t going to argue too much with him. Remember I mentioned he prefers a submissive woman? That doesn’t mean he won’t be with a strong woman.

The strong woman needs to be smart and know how to get him to do things without getting nasty about it.

If you’re going to argue with him, you have to realize he thinks he is never in the wrong. That’s just how he sees it, and he needs a woman that doesn’t expect too many apologies out of him. He isn’t good at that either. It’s one of those “agree to disagree” things with him.

If you know you’re right, just let it stay in your head and drop it. Unless, of course, you can intellectually show him what is right so that he has proof in his face that he’s incorrect. He doesn’t like to eat his words, but he will in the end.

3. He Loves What Is Intriguing and Mysterious

Scorpio men are water signs, so they are very in tune with spiritual matters. He is likely very intuitive in some ways and therefore tends to get into the unusual things in life.

That may mean paranormal stuff, serial killers, murder mysteries, horror, and other aspects of death. They seem to gravitate to the dark side. I’m not saying they are devil worshippers by any means! They just find psychologically stimulating topics fascinating. He may spend lots of time studying these types of things.

He does tend to prefer a woman who matches these types of interests. She may be a ghost hunter, witchcraft practitioner, someone that works in the field of investigative police work, or anything dealing with mysterious deaths or killings.

He will probably watch lots of horror flicks and appreciates a woman that loves watching those as well. A woman who isn’t into the dark side at all may be a turn off to him.

She doesn’t have to go to the depths he does, but some appreciation for darkness has to be there for him to be turned on by her. If you’re looking to get his attention, you’ll have to show him your dark side.

4. He Craves Loyalty and Intimacy

The Scorpio lover will want a woman who is very loyal to him. He wants to be her only one. He’s very jealous, can be insecure, and has to know he doesn’t have to worry about where his lady is.

Sex for him is tied to enjoyment, of course, but in some way, he does feel a spiritual aspect in it. Some people say that Scorpio men don’t spiritually or emotionally connect via sex, but that’s simply untrue.

With his watery nature, it makes sense that he’s going to feel emotionally tied to his sexuality. Yes, he can be promiscuous and have fun in that way, but he does prefer to have sex in a loving, committed relationship.

In fact, this is what he’s looking for when he becomes mature. In his younger years he’s more after fun, but he does start to figure out feelings are there and either he can get hurt or the other person can.

He starts to get more selective in choosing who he will sleep with. This is when Scorpio starts being cautious. It can also cause him to have the classic Scorpio hot and cold behavior.

He may dive in all excited but then when he realizes he may have made a mistake, he backs down. Until he for sure knows what he wants or who, he will hide out.

Read next: 5 Questions to Make a Scorpio Man Fall in Love With You—Fast!

5. He Wants the Truth

He expects his lady to be truthful with him always. Believe me—he knows if you aren’t telling the truth. He is the human lie detector.

You have to be honest with him even if he doesn’t like it. He may react to it, of course, but ultimately he’ll be appreciative that you told him like it is instead of keeping the truth to yourself.

To the Scorpio man, omission is a form of lying. Don’t do it! If you think you’re saving him by not telling him something you know he’ll be upset about, think again.

He will be far more upset with you when (yes, when) he finds out you were hiding something for “his sake” instead of telling him. He will lose any trust he’s built with you.

Remember, it’s hard to get trust from a Scorpio man. It takes time, patience, and endurance. Now that you know that, be sure you never lie or omit the truth.

Read next: When Is It Okay to Say “I Love You” To a Scorpio Man?

The Scorpio man has refined taste. He is picky, and he has certain qualities he needs in his perfect match. Now you have a very good look at things he doesn’t want you to know.

This should give you the edge when it comes to winning the Scorpio man’s heart and soul.

Know that you can form the most spiritual bond you could ever imagine with the Scorpio man. He will be totally loyal to you as long as you are giving him what he needs.

I don’t mean just sex. I mean all the things I’ve listed for you here. Remember to always keep your head up, be independent, caring, and truthful, and take good care of the relationship you have with your Scorpio guy.

Scorpio loves women who will help inspire him to do his very best. He loves women who are successful and can help him get on track with his own desires or dreams in life.

Speaking of desires, did you know that sexy actor Ryan Gosling is a Scorpio man? I mean, does he fit the description of steamy hot or what? He’s naturally sexy and many people are very drawn to him. Just about all Scorpio men are this way!

Do you know some secrets about Scorpio men that the community might love to be in on? Tell me what you’ve experienced! Share your story (or questions) with our community in the comment section below. It’s anonymous!