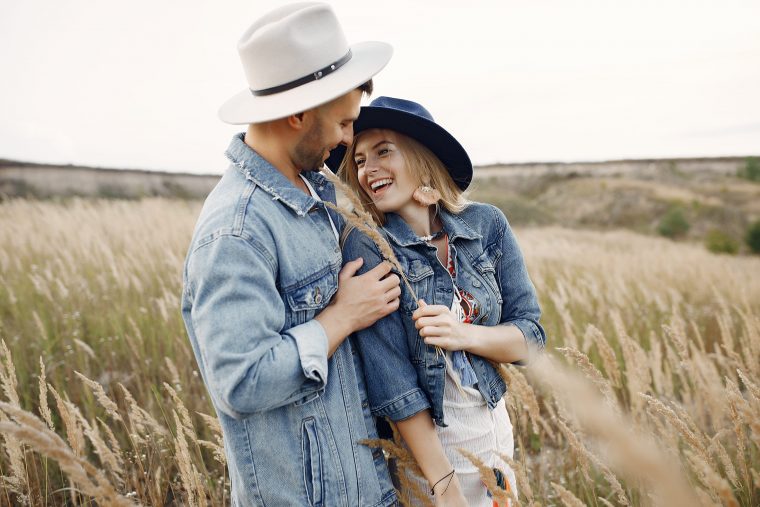 Dating a Scorpio man can seem confusing or frustrating at times, but if you do it right, you may land yourself a very loving and passionate partner for life. So what can you do to ensure that you are making progress with him? Keep reading to learn all you can about the early stages of dating a Scorpio man.

When you first meet your Scorpio for a date, you probably felt instant chemistry. This is natural—a Scorpio man was born with a magnetic pull!

He’s charming and mysterious, which adds to the “turn on” factor.

Take heed, though—you shouldn’t sleep with him on the first date, and maybe not even for the first handful of dates.

While he’s sweeping you off your feet with his romantic ways, you need to keep yourself grounded. Remember that if you dive in too fast and deep, you will probably not go much further with him.

A Scorpio man tends to get into “friends with benefits” situations if he can. You don’t want that, so don’t allow yourself to fall into that trap because it is a hard one to climb out of.

If a Scorpio man sleeps with you right away, then he assumes you’re down to proceed with no strings attached. But that’s not the impression you want him to have if you’re after a long-lasting love with him.

Be intellectual while showing off your appeal to attract him, dress your best, and talk about your successes and dreams in life. He’ll eat it up and see you as inspirational, which is what he’s looking for in a woman.

Suggest that he plan the date out if you can because he loves doing that sort of thing. He’ll want to make it a night you’ll remember. He’s very romantic and will listen to you when you talk.

He’s gathering information on who you are and whether you’re someone he can see himself with or just a fling. He will typically size you up on the first date.

He uses his powers of empathy to sense whether or not you’re someone he wants to spend more time with or not. In fact, if you hear from him again, then you know he’s interested. If you don’t, he felt something he didn’t like. Scorpio isn’t one to beat around the bush about this in the beginning.

Always have manners. Thank him for asking you out and for planning the date if he did the work. He wants to be appreciated. This will impress him and make him feel you see his worth.

If things go well, you’ll be walking on clouds by the time you leave the date. He’s fun and intense on a first date. If you two are a match, you’ll feel the chemistry and look forward to more!

After a Few Dates 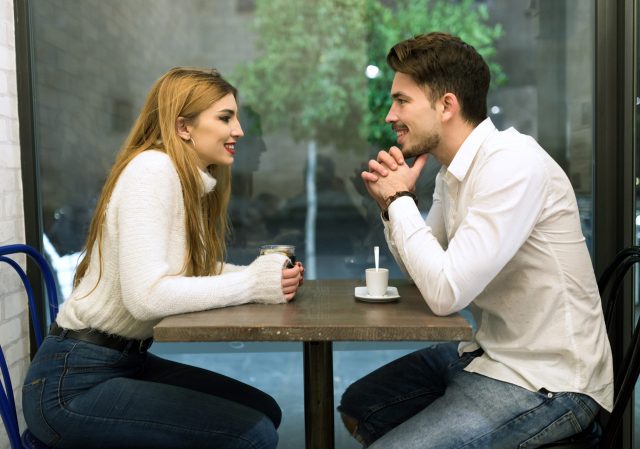 Things definitely change after you’ve gone out with a Scorpio man multiple times. You’ll likely have some clarity if he opens up.

The hard part is getting him to actually open up and share with you what his feelings are. Scorpio men aren’t trusting naturally, so it takes them a while to figure out if they should let you in on what they are feeling or not.

This is normally when a Scorpio man starts to appear hot and cold if he’s going to pull that. He doesn’t know yet what he wants. One day he for sure wants to dive into a hot love affair, and the next he’s terrified.

His overthinking and fear creeps in at this point, and it makes him pump the brakes with the person he’s dating. It’s not that you did anything wrong—it’s that he doesn’t want to get hurt.

The Scorpio man can get overwhelmed sometimes. Try not to be clingy or needy with him, especially at this stage. That will confuse his emotions, and it may make him ice cold. He wants an independent woman who will stand on her own and not need him but want him.

Something else to note is when you go out with him, try not to indulge in small talk or gossip. He doesn’t like that sort of thing. Talk about the meaning of life and what your dreams are. And don’t forget to ask about him!

Try not to flatter him too much. He’s not one for being complimented too often—only when you really mean it. He’d rather you just treat him well. Scorpio is a water sign, so he’s already emotional as is.

By now, you two should be learning about each other and getting comfortable. This is the “meat” of the relationship and something you need to focus on. Start to tell him some of your secrets.

Don’t tell him everything about yourself, though, otherwise you will become boring to him. Open up about some things over time. It gives him something to look forward to whenever he spends time with you.

Read next: What to Do When a Scorpio Man Tries to Make You Jealous 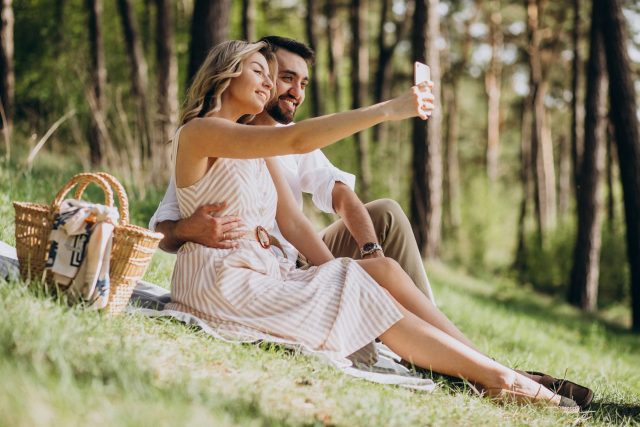 Try to remember things that your Scorpio man tells you. He’s one that holds onto details, and it’s good for you to do the same. If he brings something up from a previous conversation and you don’t remember, he will think it’s because you don’t care enough.

He wants to feel important to you, which means that when you remember details of things he’s told you, he’ll know that you truly do care. He will remember dates and conversations of significance to you, too.

Learn what his needs and desires are so you can support him. He will do the same for you. He wants an equal and a completely balanced relationship where neither of you is in charge and both of you agree.

Communication is a big thing that requires constant work. Since he’s sensitive, he’s going to know when something is wrong or when you don’t feel right about things.

Learning to trust him is huge, too. He has to learn to trust you over time, but the same will go for you. Questioning everything he does will make him uncomfortable and could lead to problems.

Try not to pry into his life when he doesn’t want to share, and you’ll be better off. Trust has to be there, otherwise you have nothing. Progress with a Scorpio man comes when you two can let each other be individuals—together.

If you’re both independent, strong, and trust each other, a healthy bond will form that will leave you both very satisfied with your relationship.

Talk about your future with him. Tell him what you want, what you envision, and what your dreams are—just like your first dates, but deeper. Don’t leave him out. He wants to know what you want to accomplish. Ask him about his goals, too, because he wants your support.

You’re going to be his own personal inspirational coach and cheerleader. Always be truthful with him and show him how you’ll be there for him no matter what. That security is very important for him.

Read next: How Scorpio Man Express His Love: Is He Discreet or Loud?

In a relationship with a Scorpio man, everything depends on how you treat him; that will inform how he treats you.

He often mirrors the attitude of the person he’s with. Be careful. If you have a sour attitude, you will need to adjust that and not show him. Try to work on yourself and make yourself better.

A Scorpio man can have a wandering eye if he isn’t happy. He may move on quickly, as well. It’s smart to check in with him frequently and keep the honesty flowing with him.

As long as you’re inspiring him and making him feel appreciated as well as respected, then he’ll treat you like his queen. The Scorpio man seems complicated because he’s emotionally charged, but he’s actually quite “tuned in” to the world.

He may even be more tuned in than he’s comfortable with, which is why he shuts down when he gets overwhelmed. Let him have space and time when this happens so he can get himself back on track. You cannot fix him. He has to do that.

You can make this work if you truly let your guard down and show him that you’re the right one for him. Click here for more details on him!

Did you know that tasty actor Ethan Hawke is a Scorpio man? Wow! No wonder he’s so delicious! He has that Scorpio man appeal for sure.

Did you successfully woo a Scorpio man? What did you do to make progress? Tell me all about it!