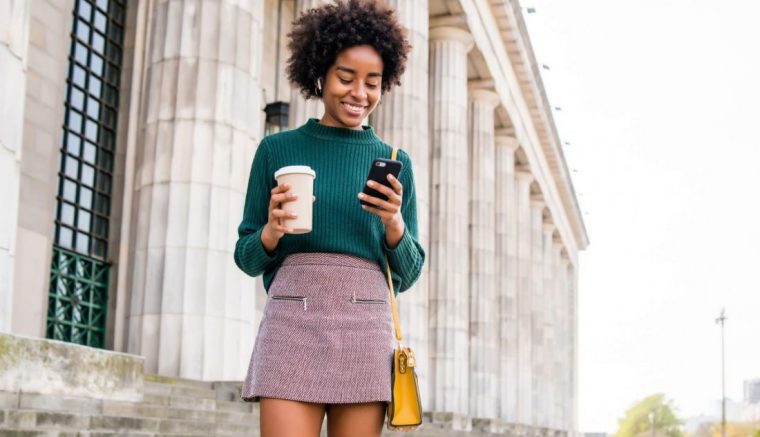 Has your mysterious Scorpio man just texted you out of the blue? Typical! These men are always up to something secretive! It can be disconcerting when you pick up your phone and see an unexpected message from him, so what do you do? Here’s a little guide to help you make the right choice.

In my experience as a Relationship Astrologer, Scorpio men can be amongst the most mysterious people around. There seems to be no rhyme or reason why that are the way that they are, but if you know a bit of Astrology, it all becomes clear.

Most Scorpio men would only message you out often blue if you have been on their minds for quite a while – this man premeditates and calculates every action he takes. Trust me, this is not an impulsive move!

So, what do you do? You have to be a little bit calculated as well. These are my top pieces of advice for when a Scorpio man messages you out of the blue:

1. Notice If He Seems To Be Playing Games With You

Many Scorpio men like to play games. They have a way of wanting to “test” you to see if you are into them. They never make themselves vulnerable first, either, but rather they will wait to see if you will, almost as if they’re baiting you a little.

There are some Scorpio men that can be toxic in this way, so notice if he seems to be manipulative with you. If so, don’t even bother to reply.

But if it seems innocent (and following some of my other tips below), then give him the benefit of the doubt and see his games for what they are – an act to cover up his fear of being open with you.

2. Read Between The Lines 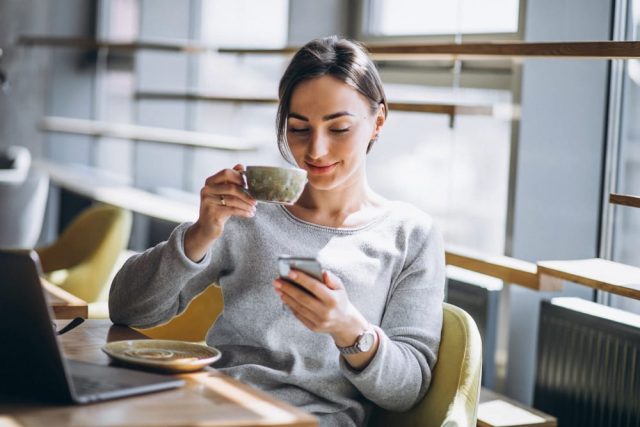 Being a water sign, Scorpio men are primarily emotionally driven. They are also very intuitive and deep, and sometimes, words just don’t convey what they are really trying to communicate.

If you really want to understand his message, read between the lines. This is one man who you can analyze his messages and I think, in my experience as a Relationship Astrologer, you really should! He does have something to say, and he is trying to get a subliminal message across.

Try and look a little deeper, and you’ll see there’s so much more to this message than what meets the eye.

3. Take A Moment To Process Before You Respond

It’s so tempting to reply quickly when a hot Scorpio man texts out of the blue, right? We all have that compulsive need to put fingers to the button and let him know we are here, ready, and present!

However, don’t do that just yet, ladies. Take a moment to process what he’s saying. Because he’s such a deep kind of guy, what he says is not necessarily what he’s really saying. Sleeping on it and leaving it for a day or two will help you to get some insight as to what he’s trying to get across.

Plus, Scorpio men like to chase a little. Keep him dangling a little will make sure the ball stays in your court for a while, and feel empowering for you. And, it will make him want you that much more!

4. Don’t Play Games Back At Him 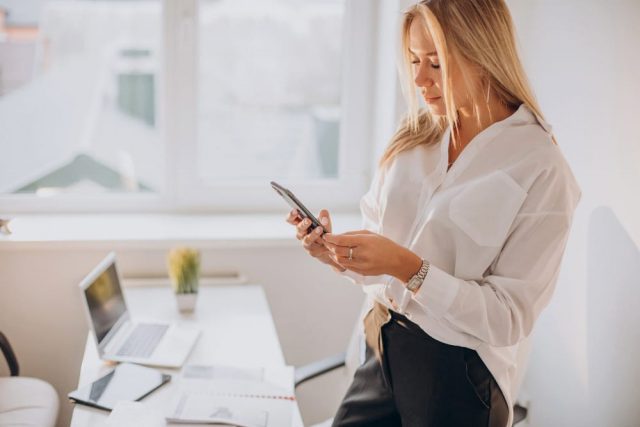 With all this said, one of the main things you have to do when he messages you out of the blue is not to engage in playing any sort of games with him. Don’t try and manipulate him or be the one “in power,” or try to make him jealous, or keep him guessing.

This will only inflame his dramatic side, and trust me, in my experience as a Relationship Astrologer I’ve learned that Scorpio men will also play the game far, far better than you ever could! He will run circles around you, so it’s best not to even try to get to his level.

Plus, things may income a toxic mess if you try and play him at his own game. And that’s the last thing you need!

5. Be Direct With Him

It may be the best if you’re just very direct with him. Be straight-up and even a touch confrontational, but not in an aggressive way, of course, because that will just get his back up.

But, for example, once you’ve taken your time to process his message, and still don’t have clarity, you can just simply ask him why he has messaged you after so long. And if he says he was just thinking about you, ask him why.

You can do this in a flirty way and keep the conversation going, too. He’ll actually appreciate it, ladies, if you are honest and open with him. it will speed things up a little bit and get to the point, if you do it in the right way.

Some men just lie to watch the world burn, as I like to say sometimes. Scorpio men especially can be quite dramatic and seek drama to entertain themselves. Just like you would avoid playing games with him, also avoid any invitation to drama.

For example, he may message you saying something like asking you why you haven’t messaged him in such a long time, or if you are still seeing your ex.

He’s just looking to make trouble, ladies, so stay far out of that and don’t even deign to reply, and if you do, be straight up and tell him what you do is none of his business. He will end up respecting you for that, trust me!

Read also: 7 Ways to Get a Scorpio Man to Text or Call You First!

No woman ever likes to feel as if she’s being “booty called” or a second thought after a long period of no contact. If you sense that this is why he’s messaging you out of the blue, know your worth and stand your ground!

Make sure that he knows that you are only looking for a serious connection (if that is what you’re looking for, of course!) and that you’re really not interested in any sort of hook-up or one night stand if his messages hint at that.

Again, he will respect you so much more, because at heart that’s what he’s also looking for! Scorpio men are fixed signs, which means that they are committed, loyal and faithful, even if they start off by playing games!

Plus, a woman who knows her worth is that much more attractive, wouldn’t you say?

Is a Scorpio man messaging you out of the blue? What do you think he’s up to? What did you do when he messaged you? Do you want to share your story? I love hearing from you, my readers. Please feel free to leave your (anonymous) comment in the comments box below!

3 Huge Mistakes Women Make When They Text A Scorpio Man

Now that you know what you to do if a Scorpio man texts out of the blue, are you ready for the texting challenges you need to pass with a Scorpio guy?

Scorpio men are really specific in many things, and their texting behavior is no different. He determines how he’s gonna treat you and which direction he’s going to take with you based on some simple, unconscious gestures women make.

But, in order to potentially become a mastress of texting a Scorpio guy, please first be aware of the things you absolutely shouldn’t text him.

Are you aware what would be so detrimental that it would ruin your connection with him?

There are definitely things you need to know so that you don’t make these mistakes.

Texting your Scorpio man can seem like a tricky thing. You want to make a good impression.

But what if you say something that makes him see you in the wrong light?

You cannot keep a Scorpio man without knowing the right thing to say to him.

There has to be a way you can break through…

You don’t want to lose him! He could go cold on you forever if you do the wrong things…

Don’t let any more of your time slip by not knowing what you might say that would turn Scorpio man off.

Take matters into your own hands while you can…

Wishing you all the luck in the world on your journey!

Your sister and friend,